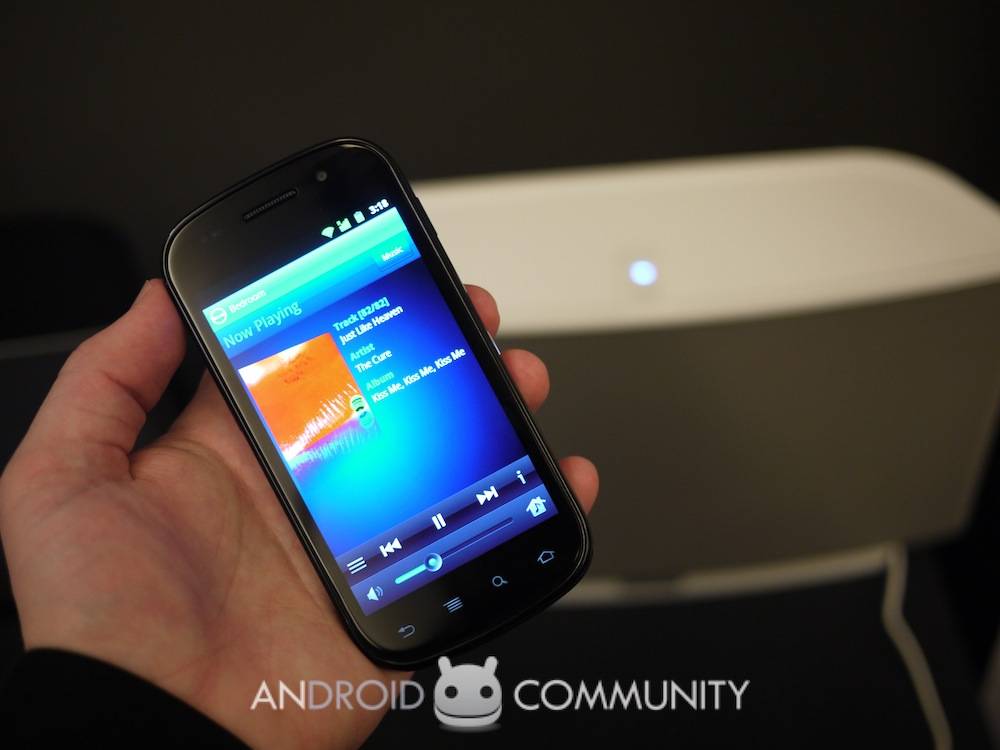 Sonos has been promising an Android controller app for a while now, and we’ve just had a chance to go hands on with the software at the pre-MWC ShowStoppers event. Headed to the Android Market in March as a free download, the app does everything we’re familiar with from the iOS version for iPad, iPhone and iPod touch, but also gets some extra functionality by virtue of Google’s more flexible attitude towards hardware.

So, the volume buttons on the side of the handset – in this case a demo Nexus S – will work to control the master volume or the zone volume when you’re in the Sonos app, and there’s integration with Google’s voice search functionality too. That allows you to search for a specific artist, track or album simply by saying the name out loud (of course, you can always use the on-screen keyboard instead).

Functionally, it all works just as well as the Apple version, and navigating between two different zones – in this case Sonos S5 players – was a matter of tapping and picking a track to play. There’s nothing here that will spoil Sonos’ reputation of solid, straightforward usability. The company has promised a review copy when it comes out of final beta, so we’ll save our final opinion for then, but so far things look great.