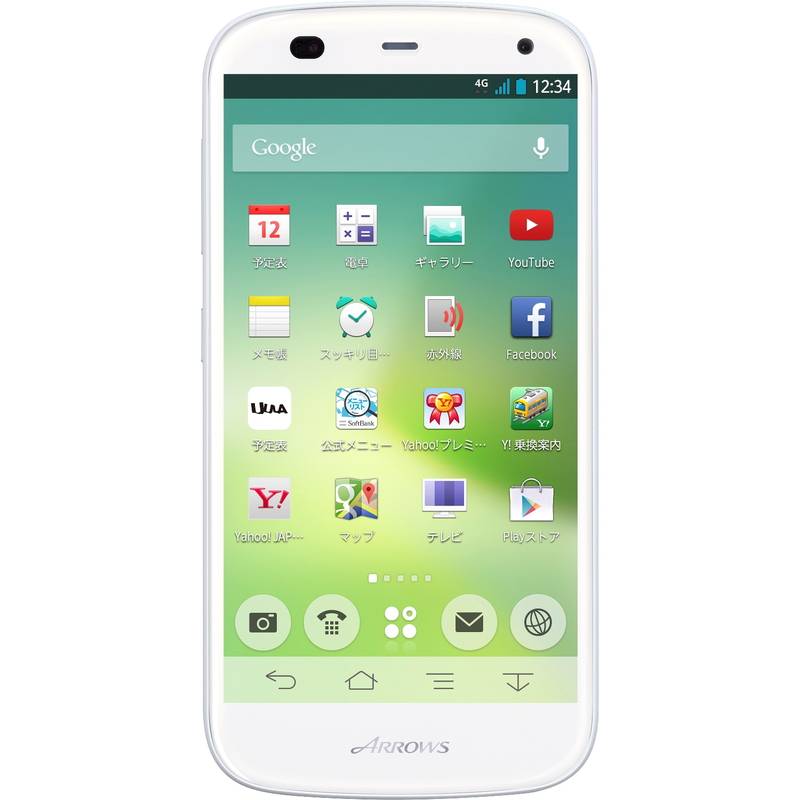 Japense carrier Softbank has just announced three new Android smartphones that will make up its 4G LTE line for the rest of the year until early next year. The Fujitsu Arrows A 301F, the Sharp AQUOS Xx mini 303SH and the AQUOS Xx 302SH will be available in a series of launches starting December this year.

The Fujitsu Arrows A 301F features a 5-inch 1080p display, a quad-core Qualcomm Snapdragon 800 CPU, 2 GB of memory and 64 GB of internal storage, and Android 4.2. It has a 13.1 megapixel rear camera with smart quick focus and intelligent flash. One of its selling points is its quick charge feature, allowing the 2600 mAh battery to be charged for just about 10 minutes and last for a whole day. The Fujitsu Arrows A 301F also features a fingerprint sensor at the back.

The Sharp AQUOS Xx 302SH and Xx mini 303SH are, in some ways, birds of the same feather. Both sport Sharp’s IGZO display technology and support 1080p resolutions, although the Xx Mini 303SH, as the name implies, has a 4.5-inch display compared to the 5.2-inches of the Xx 303SH. Both run on a Snapdragon 800 processor and have 2 GB of memory, but the smaller device only has 16 GB of storage while its bigger sibling has 32 GB. The two smartphones also differ in rear camera specs, with the 303SH sporting 13.1 megapixels and the 302SH having 16.3 megapixels. Like the Arrows A 301F, both smartphones are running Android 4.2

SoftBank has not yet announced pricing but has detailed when the devices will become available. The Fujitsu Arrows A 301F will launch early December and will be available in white, black, and pink colors. Around the same time, the Sharp AQUOS Xx 302SH will arrive in lapis blue, white, black, and pink options. Lastly, the AQUOS Xx mini 303SH will land in February next year and will have a variety of color options such as turquoise, black, white, red, blue, gold, light pink, and vivid pink.