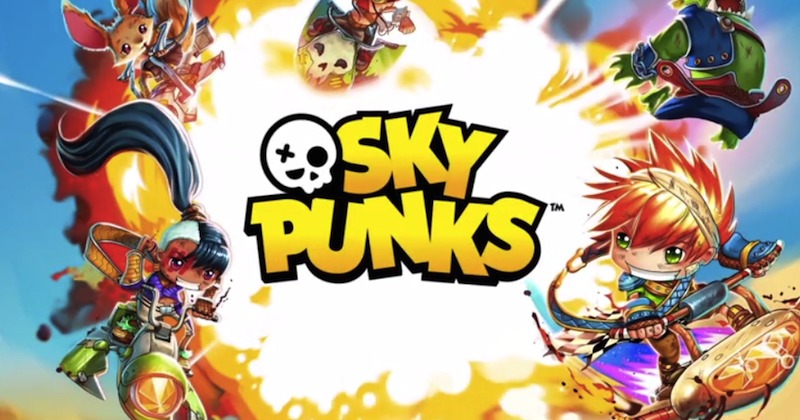 Rovio has always been known as the Finnish development studio that made millions (probably billions) with the Angry Birds franchise. There are several Angry Birds version already: Stella, Transformers, Rio, Star Wars, and more. We’ve lost count of how many epic versions are available on the Play Store but Rovio isn’t done yet. Rovio Stars, the new mobile game publishing program from Rovio Entertainment, now has a new bestseller in Sky Punks.

We may have missed this game but after playing the game, I’m convinced this can be addicting. I’m not yet into the game but it surely has attracted a lot of gamers. This is an unlimited adventure game that features a cast of different characters with stories that remain mysteries until you collect them all. Sky Punks requires you to use the crystals and coins you find. Use them to unlock new abilities and Glidewings as you journey through Neo Terra.

Sky Punks will have you dashing endlessly across lands that are unpredicatable and mysterious. As part of the Sky Punks cast, you can wear different sets of costumes that are colorful and playful. The coins and crystals will also boost your power to become faster. There are numerous tough challenges that you can sure finish and brag about later in the game.

The Sky Punks mobile game is free but in-app purchases are offered. If you don’t want unwanted charges on your account, make sure you are offline when you play the game lest you want to be tempted. Game reminds me a lot of Sugar Rush, the candy-themed kart-racing game in the 3D animation movie “Wreck-It Ralph”.