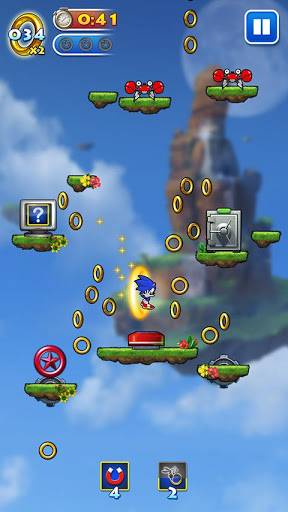 Sonic fans take note, because Sega has just released a new game called Sonic Jump on the Google Play Store. One look at the title and you’re likely to know right away what kind of game this is – it’s a vertical platformer in the vein of Doodle Jump, a game that was extremely popular a while back. Here we’ve got the same basic premise, only this time, it features everyone’s favorite blue hedgehog and his friends.

In Sonic Jump, players are tasked with jumping as high as they can before missing a platform. You’ll be collecting rings as you go (of course), which can then be used to unlock new characters. Of course, if you don’t want to go to the trouble of collecting all of those rings by yourself, you can always take the easy route and acquire them through in-app purchases.

In this initial release, players will be able to take control of Sonic, Knuckles, or Tails and play through an impressive 48 levels in the game’s story mode. Classic Sonic levels like Green Hill Zone have been remade for Sonic Jump, with Sega also developing new levels specifically for this title. If you’re up for it, there’s even an arcade mode that goes until you lose, along with an accompanying leaderboard that lets you see how far your friends made it in the mode. 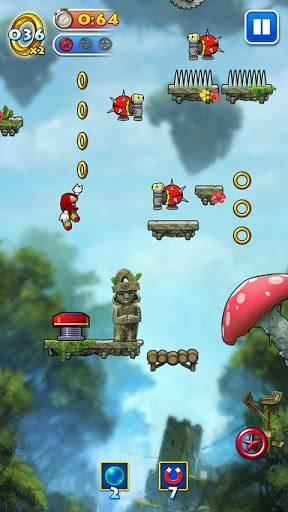 Sonic Jump is available right now on the Google Play Store [download link] for $1.99. Sega says it will soon be adding more characters for free (that we’re assuming you then unlock in-game with the rings you’ve collected), so at least Sega will be attempting to keep people playing with steady content updates. Judging from the screenshots, it looks like a pretty polished game, so it might be worth a look for the more hardcore Sonic fans roaming around out there.