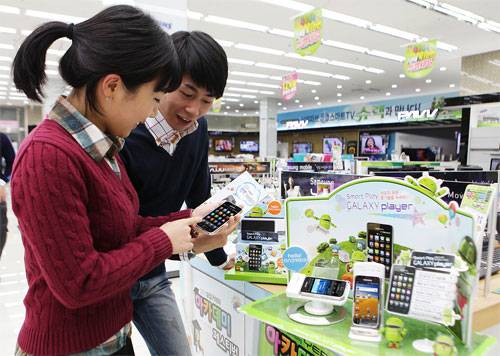 The Samsung Galaxy Player we have been following for a while has finally started selling. Not in numbers like the iPod or anything, but this is the first attempt by Samsung to bring a real rival to that market. I think its a great start. Pre-orders went live back in February, and now things are off to a good start for the Samsung Player.

Samsung’s Galaxy Player (YP-GB1) that went on sale in South Korea last month has been going pretty well according to Samsung. They are reporting that they have sold over 20,000 units in the first 10 days. This marks the fastest selling media player by the Korean manufacturer. Pretty good numbers for such a short time.

The Galaxy Player is pretty similar in specs to their also very popular Galaxy S Phones that they also reported have sold over 10 Million. The Galaxy Player spec list includes: 4.0″ AMOLED Display, the same 1 Ghz Humminbird Processor, Android 2.2, front and rear cameras, as well as wifi, and bluetooth as expected. Eventually we can expect to see this device in other markets, but for now it is rocking over in South Korea.