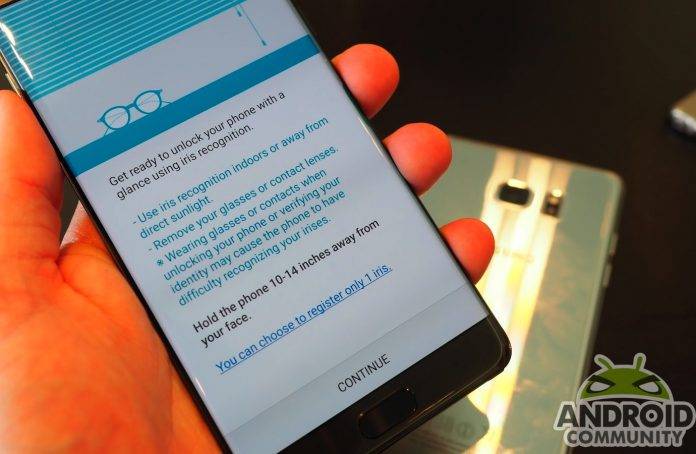 Much has been said about the new iris scanning technology but we’re predicting a lot of issues will still come up. Even before Samsung announced the new Galaxy Note 7, we noted that there could be some problems pertaining to how the iris scanner would be used. We asked if it would work properly even for those wearing eyeglasses or contact lens but at launch, Samsung immediately said the iris scanner even works for those with glasses on. That’s one limit crossed out already.

We’re looking forward to the day when the technology will be available in mid-range phones as Samsung promised. The South Korean tech giant is proud of this new feature and is certain that it is the safest security technology today. Mobile Chief of Samsung Electronics, Koh Dong-jin said,“Iris-scanning is the safest security technology at the current level. Iris, which is fixed within 18 months to 20 months (since a baby is born), cannot be reproduced.”

It’s true that the eye-print cannot be reproduced but someday, somehow, someone will be able to hack the technology. A recent attempt on Samsung Pay was downplayed by Koh because according to another exec, the hackers only “took only signals and not fingerprints or biometric information”. Whatever secure data or information are available, Samsung doesn’t save them on the phone directly but in some trust zone.

Iris scanning is still a new technology but the company has already teamed up with other local banks in its native country South Korea. Some partner banks include EB Hana Bank, Woori Bank, and Shinhan Bank. These banks will begin to use the tech in their mobile banking services once the phone becomes available this August 19. In the US, Samsung has teamed up with U.S. Bank, Bank of America, and Citibank who are believed to be adopting the latest biometric technologies.

In the same event where Koh addressed the issue, the mobile chief already shot down the rumor that there will be a 6GB RAM-128GB model. The Note 7 comes with a 64GB internal memory and 4GB RAM in mort parts of the world but there’s really no 6GB RAM variant. The idea of a 128GB model is still being reviewed because there is a demand for it especially in China. Nothing is certain yet as Samsung is still considering it. Samsung is deliberating on this plan and see if this plan will not be appreciated by other markets.