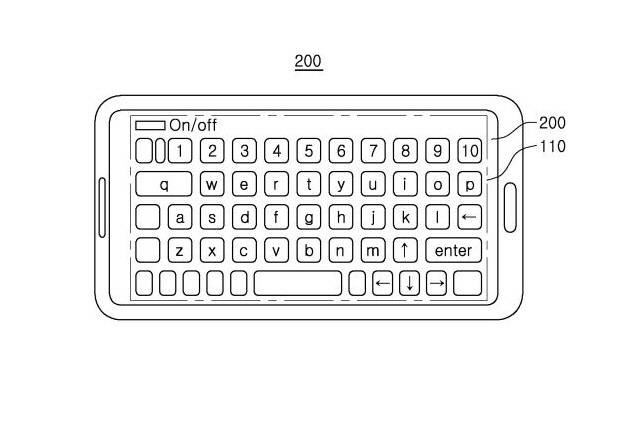 We’ve only just recently been introduced to the Samsung Galaxy S6, and already people are speculating about next year’s expected new flagship, the Galaxy S7. And the buzz is that with the new device, Samsung will be introducing their own version of Apple’s 3D touch which is included in their iPhone S6 and S6 Plus. And documents published by the Korea Intellectual Property Office may have just confirmed that it will indeed be introducing force touch technology.

Based on the documents, the patent was filed back in April 2014 but only now made public. It was called “Touch Input Apparatus and Electronic Device Having Thereof” and deals with either or maybe both a mobile display or an attachable cover for smartphones and tablets. What is basically does is that the keyboard will react to how hard you force touch it to determine the output. For example, if you want an uppercase A, then you do a harder touch and if you want a lowercase one, you just do a lighter touch.

As per the patent, this tech will be implemented in both the onscreen keyboard of your device, as well as on a separate physical keyboard accessory, which may be a flip-style cover that has a built-in keyboard already. This may also be in connection to news that we shared with you a few days ago, saying that Samsung was partnering with Synaptics to use their new touch controller solution called the ClearForce.

What is not clear is if Samsung is patenting this and partnering with them or creating their own tech. Either way, the force touch technology will be very welcome for Android devices, who may be suffering from touch envy for the iPhone 6S and 6S Plus.