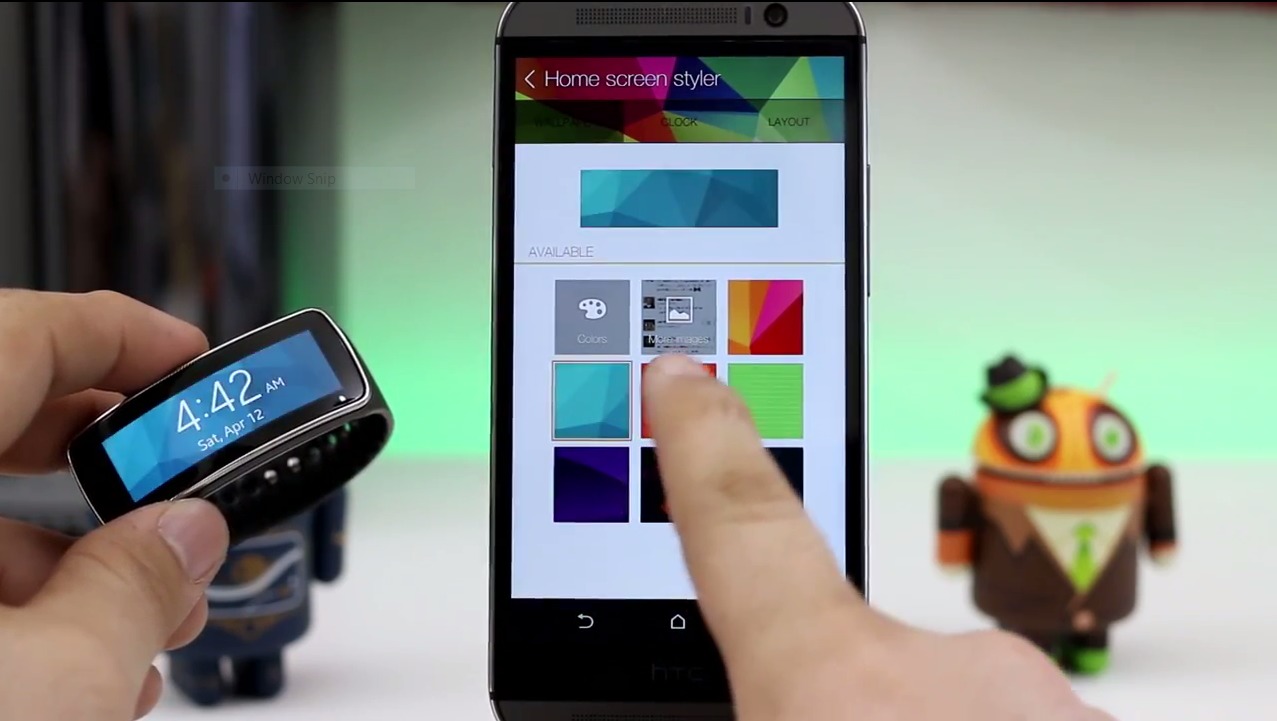 We’re still on the fence about Samsung’s latest sports-oriented wearable device and one thing that we’ve found quite hard to swallow is that it is officially compatible with only a small number of Samsung’s own devices. Unofficially, however, it seems that it is quite possible to make the Gear Fit work with smartphones from other brands, including the Nexus 5 and both HTC One M7 and M8.

The Gear Fit is an interesting device, definitely, but given some issues we’ve seen, it is somewhat hard to justify its price tag especially when it’s compatible with very few devices out in the market, at least initially. But apparently, like the Galaxy Gear before it, it is possible to actually make it work with other devices to some extent. The trick is to download and install two Gear-specific APKs, which you can get from the links below.

The process is quite straight-forward. Simply sideload the Gear Manager and Gear Fitness APKs on the smartphone and you’re good to go. Pairing is done via Bluetooth and setting up the Gear Fit’s features is practically the same as on Samsung devices, like turning on Notifications for various apps. Most of the features work, including changing the Gear Fit’s background and the Find My Phone utility, but, of course, there will be some that don’t. For one, anything that requires signing up for a Samsung account, particularly S Health features, do not work. Location-based functions are also absent since they make use of Samsung’s proprietary API. Finally, the ability to Reply to some notifications directly from the Gear Fit also doesn’t seem to work.

For now, the list of devices known to work with the Gear Fit via this process is quite small. It has only been tested on the Nexus 5, the HTC One M7, and the HTC One M8, which you can see in the video above. There is also word that the Sony Xperia Z1 Compact can also work with the Gear Fit. Theoretically, any device running Android 4.3 or higher could also support it, but your mileage may vary. Though it isn’t perfect and doesn’t really resolve the device’s other flaws, this opens up the Gear Fit to more possibilities and takes away the biggest obstacle in making the Gear Fit a success. One can only hope that Samsung will actually officially support other devices beyond its Galaxy line, but that it almost unlikely.