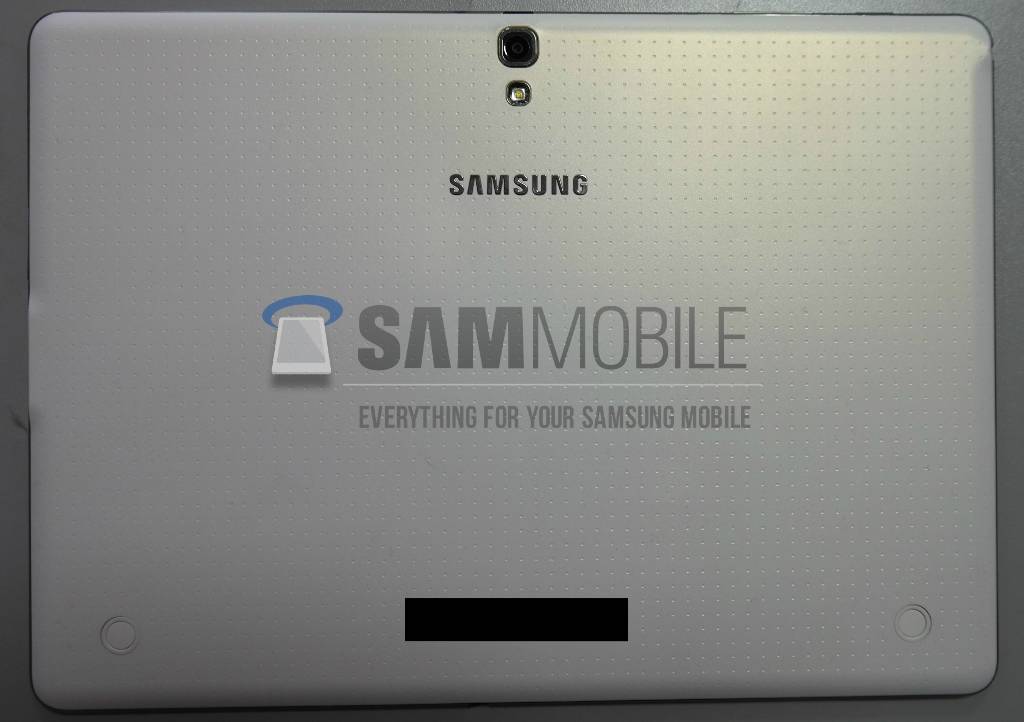 We’ve been seeing details about the yet-to-be-announced Galaxy Tab S, and today is appears we are getting a first look at the tablet. Well, specifically, a first look at one of the models that will make up the Galaxy Tab S family of devices. The earlier rumors mentioned an 8.4-inch and a 10.5-inch model and today an image of the larger has surfaced. 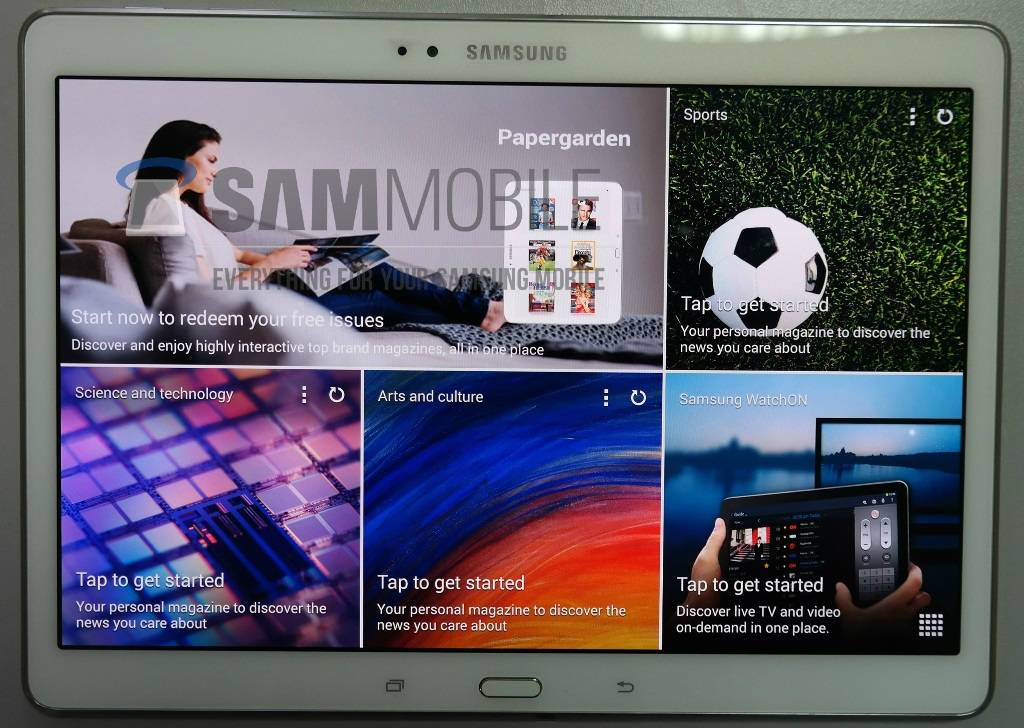 The display is expected to be AMOLED and with a resolution of 2560 x 1600. You will also notice the front facing camera sitting centered up top with the Samsung logo, with the physical home button flanked by two capacitive buttons towards the bottom.

Along with the Galaxy S5 styling on the back, there is also the Samsung logo as well as a camera and flash on the back. The camera setup is expected to be 8MP on the back and 2.1MP on the front.

Otherwise, it would appear the charging port is on the side. Looking at the image of the back of the device and it looks like that is on the left (of the image). Also spotted in the image is the headphone jack sitting towards the top corner (on the opposite side of the charging port). There is still plenty of confirmation needed regarding the Galaxy Tab S, but what we are seeing appears to be lining up with earlier rumors.