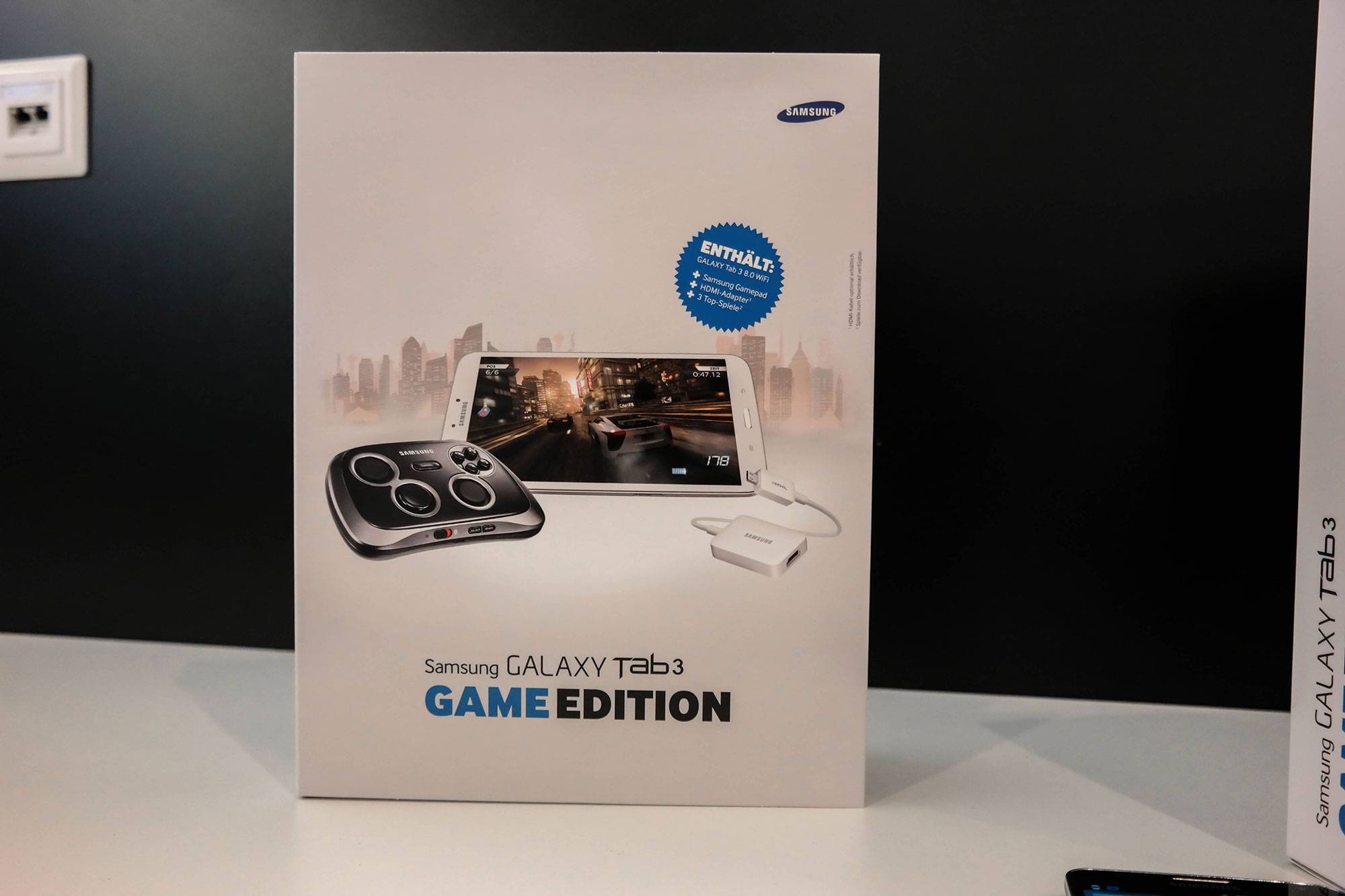 If you’re an avid Android gamer, Samsung has you in mind. They’ve paired their recently released GamePad controller with a Galaxy Tab 3 and an HDMI adapter. The result? The Samsung Galaxy Tab 3 Game Edition.

Essentially, the bundle lets you game casually, or hook the tablet up to a TV for a more immersive experience. Oddly, the Tab 3 is too large to sit in the new GamePad controller, but will of course pair via Bluetooth. So if you’re not going to hook it up to the big screen, it looks like you’ll need a tablet stand. There’s another $20 on top of the bundle price, which Samsung hasn’t announced yet. They also haven’t announced a release date for the bundle, which is odd. We’d think this would have hit stores already, or soon, since it is almost the end of the holiday shopping season.

Then there is the trouble of using the tablet with the TV. While we’re sure the HDMI adapter works just fine, the tablet is no powerhouse. With a 1.5 GHz Exynos dual-core processor and 1.5GB RAM, it’s adequate, but could struggle with more intensive games. As a tablet, it’s a tough enough proposition. The 5/1.3MP camera duo don’t excite, and the 16MB of memory will have some worried. A 4450 mAh battery can keep up with the TouchWiz/Android Jellybean OS, but it’s nothing we’re excited about. The bundle also doesn’t come with an HDMI cable, so we hope you have an extra lying around.

If gaming is your thing, this can all be accomplished by purchasing these items separately. You’ll likely end up with a better tablet, and have your choice of controller. The adapter doesn’t cost much (nor does a cable), and a Moga controller might just be a better proposition. If you’re looking for an all-in-one bundle with no frills, the Samsung Galaxy Tab 3 Game Edition is for you.