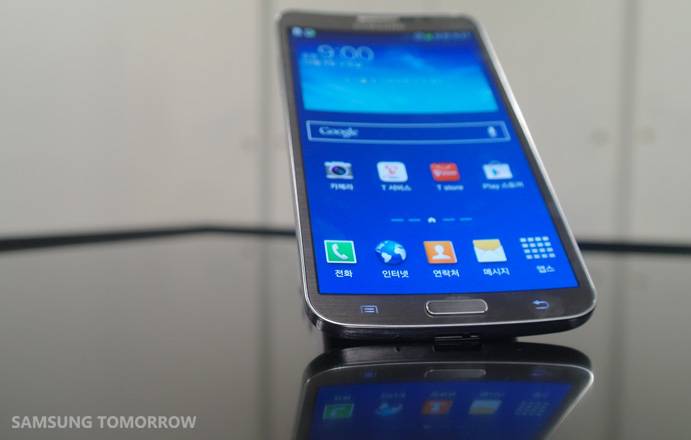 Despite how others may believe or want to believe that Samsung‘s next flagship, the Galaxy S5, will be sporting a curved display, the reality of the situation is that it could be highly unlikely. The reason isn’t probably from a want in desire on part of the Korean manufacturer but because of production capabilities.

Ever since Samsung outed the Galaxy Round, there has been a spike in interest, not to mention speculations and theories, in curved and flexible displays. It seems only reasonable to expect that Samsung upcoming top-tier smartphone will sport this so-called innovation, but such might not be the case. This is mostly because Samsung is currently not yet capable of producing large volumes of such curved screens.

Samsung’s current manufacturing lines are said to be only producing 8,000 5.5-Gen sheets a month that translates to around 500,000 flexible 5-inch panels at a yield of 30 percent. A flagship device, however, will definitely need more than that. In fact, Samsung recently boasted how its current flagship, the Galaxy S 4, already reached the 10 million sales milestone. Samsung will be investing on a new line that will increase output to 1 million panels per month, but that is unlikely to happen in time for the Galaxy S5.

Analysts believe that Samsung will instead out a curved variant of the flagship in lower volumes. The Galaxy Round actually shares many things in common with the Galaxy Note 3 save the S Pen and relation functionality. Sales of the curved smartphone, however, were quite low, reaching only 50,000 units in Samsung’s Korean home town.