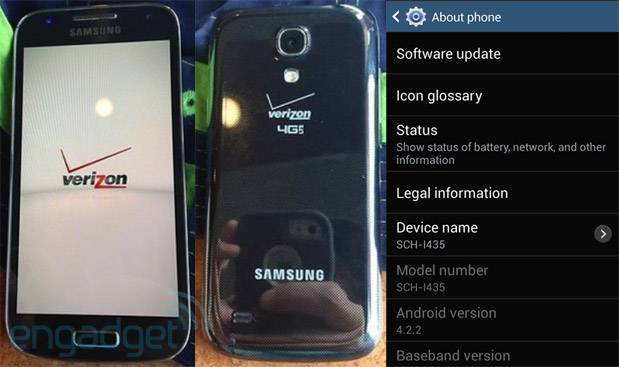 The Samsung Galaxy S4 Mini has been out for a while and available in the UK and other markets. But so far, it has been out of reach for those in the US, a situation that might be changing soon. A leaked photo shows that Verizon is almost ready to make Samsung‘s mini-flagship available to its customers.

The 4.3-inch smartphone is certainly no Galaxy S4 but is quite impressive nonetheless, as we’ve experienced ourselves. Packing a 1.7GHz Snapdragon processor, 8 GB of internal storage, and 1.5 GB of RAM, the Galaxy S4 Mini is an option for the budget-conscious buyer who doesn’t want to skimp too much on features.

We first got news of the S4 Mini heading to Verizon when leaked information showed the S4 Mini passing the Bluetooth SIG certification with a model number SCH-i435. The prefix “SCH” is known to be used by Verizon for its Samsung devices. Now we have photo of the Galaxy S4 Mini with Big Red’s label on the device’s rear cover, which could mean that the device is almost ready to ship to Verizon’s stores.

There is still no new information regarding a release date, though one hopes it shouldn’t be long now. Pricing details are also not available yet. It is not known if the three new colors for the S4 Mini that was recently leaked will also be available in Verizon’s catalog.