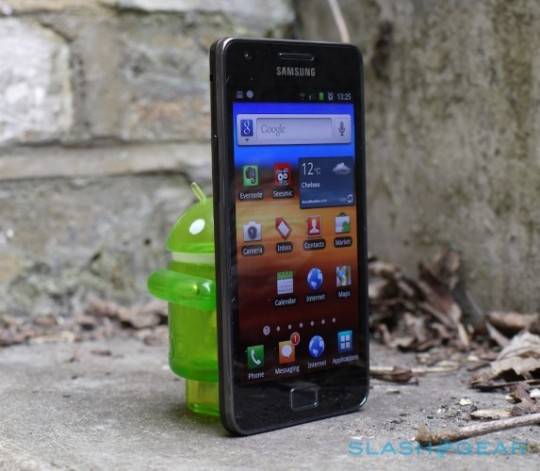 The all mighty and powerful Samsung Galaxy S II is headed to multiple carriers up in Canada according to some news of late. Everyone knows and has heard plenty about the Galaxy S II over the past few months but just for you guys here is our review anyways. The SGSII will be headed to a few carriers with one even offering it for the low low price of $79.99

According to our friends over at Phandroid the Galaxy S II will be headed to Virgin Mobile for some pay as you go action and will be labeled the Galaxy S II 4G, we might as well just start calling it the SGSII4G for short but then that isn’t really all that short either. Also joining the Galaxy S II parade is SaskTel, who announced that they’ll offer the phone for a blistering cheap $79.99 but on a three year contract. They even mention it should be available soon in “the coming weeks.”

Last but not least Bell has also claimed to be launching the phone with the same long name, the Samsung Galaxy S II 4G. Lucky for you craving the SGSII it will be coming to one of Canada’s best carriers. Bell has it up on their landing page but no pricing or dates for availability have been announced thus far. While you are there don’t forget to sign up to win 1 of 10 in a giveaway by Bell. Samsung likes to release their big ticket phones on all networks so we will probably see more added to the list soon.