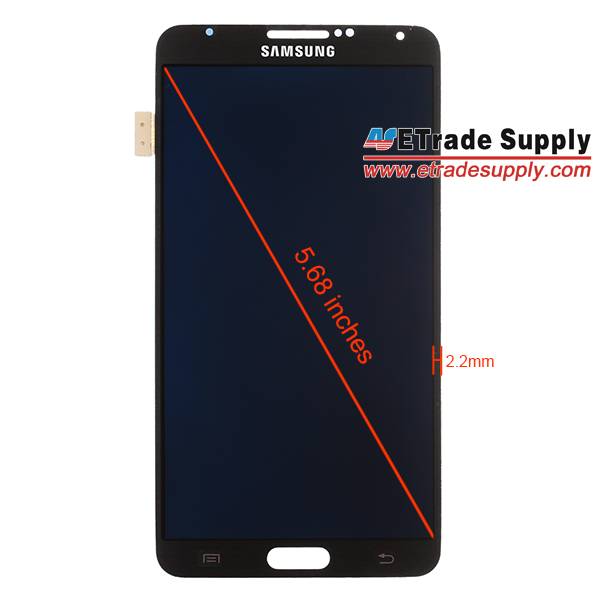 That being said, the images have come by way of ETrade Supply and Sonny Dickson. Both of these sources are showing a similar set of images, however one set is a bit crisper. Up first is the ETrade Supply images which have the display size pegged at 5.68-inches. Or a bit simpler, it looks like the Galaxy Note III will have a 5.7-inch display.

These pics also show the left and right side bezel, which is on the thin side measuring in at just 2.2mm. The remaining images show closer up looks at the top and bottom of the display. Basically, we are given a look at the Samsung branding and cutouts for the sensors and front-facing camera as well as the capacitive buttons on the bottom.

While all the Galaxy Note III rumors should be put to rest come September 4th, we do at least take some comfort in the fact that these images all appear to match up. Simply put, two sets of Galaxy Note III images from two different sources and they both look alike. Aside from the bit about the display being 5.68-inches, it is also expected to be 1080p in resolution.

Otherwise, looking towards some of the other recent rumors and there has been talk of the handset being capable of capturing 4K video. Of course, we also recently learned some disappointing news in that the Galaxy Note III is no longer expected to have Optical Image Stabilization (OIS) technology included with the 13 megapixel rear-facing camera.