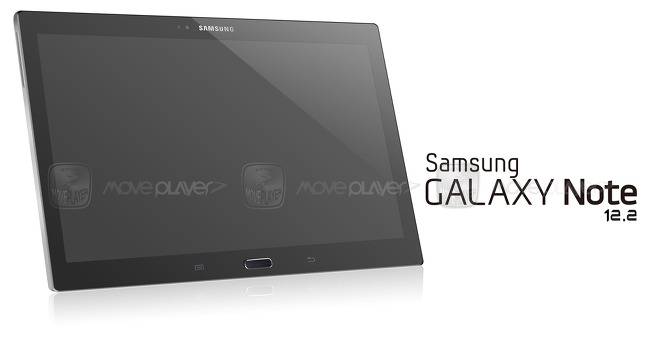 Aside from the much-awaited Samsung Galaxy Note III phablet and Galaxy Gear smartwatch, it seems that Samsung is also planning for something big. And by big, we mean a huge 12.2-inch Android tablet.

A leaked image shows a render of tablet being named as the Samsung Galaxy Note 12.2. According to source, the device, with the model number SM-P900, is set to be released in the second half of this year. If the name is to be believed, it will be another S Pen-enabled Android tablet. What seems strange though is that it sports a physical home button at the bottom which is so far absent in most of the manufacturer’s 10.1-inch tablets but is prominent in its smartphones, phablets, and 8-inch tablets. The tablet is also rumored to sport a 2560×1600 WQXGA LCD display.

We must reiterate that this is just a render, probably for some press material, and not an actual photo, which leaves it open for much speculation. The size, however, would be in line with earlier rumors of Samsung planning to produce 12-inch or larger tablets. It seems too soon to be jumping on that ship, but we never really know how long Samsung has been preparing for that change of direction.

This is definitely the first time we’ve heard of Samsung working on an Android tablet of this size. But if its true, we might be able to hear more of it during the IFA tech show this week.