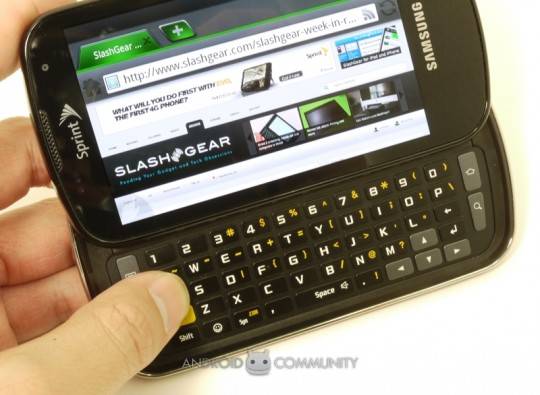 It’s only been a few days since we heard official word from Sprint and Samsung when customers would be able to get their hands on the newest 4G capable device coming to market. You should have already got your reserve down, or even your pre-order, with a release date of August 31st set in stone for Sprint. And considering that’s right around the corner, we figured you’d want a review of the device, so you could decide whether or not to pick it up come the end of the month.

As far as Android devices go, there’s plenty to choose from. And while the Epic has plenty of distinguishing features, it’s still just another device in a maelstrom of already released, or soon to be released handsets. So, does it have what it takes to reach the top of the Android pack? Or is it just another superphone? Well, right from the start you’ll notice that 4-inch Super AMOLED display. As with many of the other Samsung Galaxy S variants out there, it’s one of the stand-out features of the device. And with the Epic, that’s certainly the case. Viewing angles are great, and thanks to that Super tag, you can even use it outside with relative ease. Plus, colors and contrast are top-notch, as we’ve come to expect from Samsung’s proprietary displays. 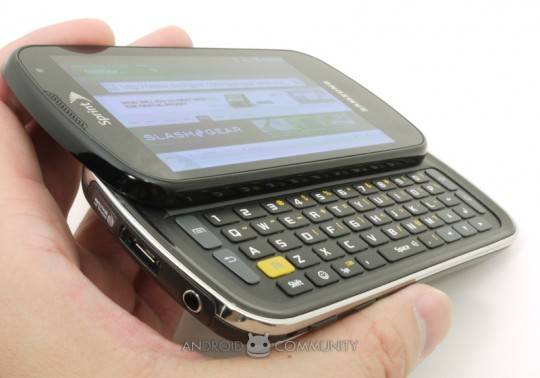 There’s also that 1GHz Hummingbird processor, which coincidentally enough doesn’t seem to lag as bad as the original Samsung Galaxy S. And that’s just a huge bonus in this regard, as it basically means that there’s not much bringing this phone down from its high perch.

What also puts the Epic in a class of its own, as long as we are comparing it to its Galaxy S brethren, is the slide-out physical QWERTY keyboard. It’s a full ‘board in every sense of the word, as it’s a five-row monster. It has great feedback, and works quite well for itself. There’s a dedicated emoticon key, though, that we wish Samsung had discarded entirely. Meanwhile the space bar on the physical keyboard may not be perfect, it’s still usable.

Software wise, there’s Android 2.1 on board at launch. Samsung says that other Galaxy S devices are getting Android 2.2 (Froyo) sometime in September, so we can hope that that’s the case with the other (American) variants. Along with 2.1, you also get Samsung’s TouchWiz 3.0. It’s one of those User Interface skins, and it’s been used by Samsung for way too long. In this case, it brings News, Weather, and Social Networking widgets to the foray (as with so many other skins do). But, it’s in your face, and that’s not going to be to everyone’s liking.

And lastly, features wise, if you’re a movie fan — you’re in luck. Samsung’s Media Hub will bring you plenty of downloadable content with time, which you can put right on your device, and watch whenever you want. The handset is also DLNA supported, which means you’ll be able to stream all of that goodness from your phone, to your TV (which must also be DLNA supported, obviously). You can also use a third device, which can be connected to your TV (like an Xbox 360, for example). It’s a great way to make sure that your handset is always at the center of attention, and one of the reasons that these new batches of handsets are standing out in the crowded market.

If you’re interested in the full review, with all of the nitty gritty, and plenty more pictures, then just head on through the source link. If the Epic 4G is one device you’ve been waiting to get your hands on, then this is one review that you’ll want to check out.