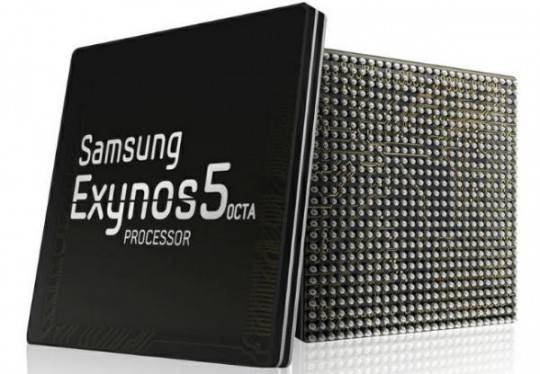 An interesting comment was made this week by the official Samsung Twitter account. Confirming the companies impressive Exynos 5 Octa 8-core mobile processor not only has support for LTE, but all 20 4G LTE bands currently being used around the globe. Our first thought immediately was why aren’t they offering this in their GALAXY S 4 flagship smartphone.

As we all know, the Samsung GALAXY S 4 flagship smartphone will be released with two models being available. One being their Exynos 5 Octa processor mentioned above with all 8-cores, and the majority of the smartphones in the US and UK will all come with Qualcomm‘s Snapdragon 600 series quad-core instead.

Originally the thought was Samsung was using Qualcomm for their wide array of full 4G LTE support in the US and UK, as Samsung’s previous Exynos CPU’s didn’t have full support. However, the Galaxy Note II launched with Samsung’s latest Exynos quad-core and it works on AT&T, Verizon, and many other LTE networks without a problem. So what gives?

Supply and demand is the problem here folks. While many of you are probably shocked to hear Samsung isn’t using their own impressive 8-core in their new smartphone. The reason is supply. With Samsung expecting to ship nearly 100 million GALAXY S 4 devices, they need to have someone keep up with that demand. That clearly is Qualcomm. The Note II had high sales, but nothing near the projections for the GS4. Most likely that rumored Galaxy Note III will be rocking this 8-core though, that’s for sure.