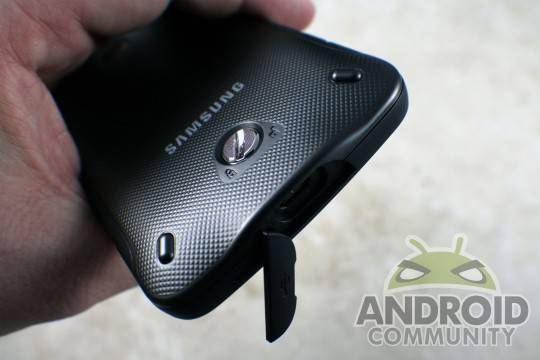 Here’s a peek into Samsung’s naming conventions for its new US phones. Fusible spotted no less than six new names floating around in the US Patent and Trademark Office: the Galaxy Forge, Galaxy Wield, Galaxy Mission, Galaxy Rivet, Galaxy Victory and the Lunge… which strangely goes without the Galaxy branding. There’s no telling which phones these names allude to, but since Samsung’s been pretty insistent upon keeping its Galaxy S branding intact since the second version, they probably aren’t the Galaxy S III.

Forge, Wield, Mission and Rivet sound like industrial names to me – the sort of names a blacksmith might give to smartphones if he could hammer them out on an anvil. Victory and Lunge might tie in with Samsung’s upcoming and inevitable 2012 Olympics campaign. Beyond that we’re in the dark, and remember that a trademark application doesn’t necessarily mean that a phone is forthcoming: companies often trademark names just to keep a good backlog handy, and prevent other companies from using them.

That said, more ruggedized phones from Samsung would be more than welcome. We came away impressed after reviewing AT&T’s tough-as-nails budget phone the Rugby Smart, so similar phones for other carriers under the “Forge” and “Rivet” names would be a treat. Place your bets now, ladies and gentlemen.