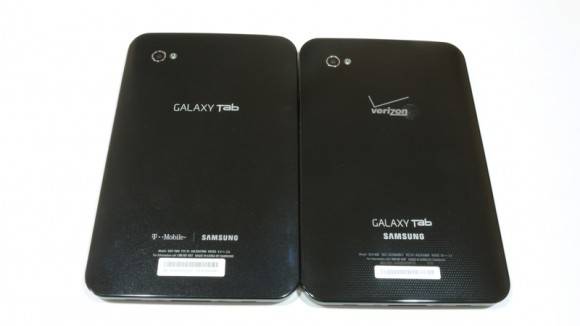 It appears that sales figures reported on Samsung’s Android tablet, Samsung Galaxy Tab, aren’t what they seemed to be. Instead, the numbers being reported up to this point were not the sales figures in regards to end users, but amount shipped to retailers and carriers. Numbers previously reported had been around the 1 million point back in November of 2010 and closer to 2 million in three months just a few days ago. Wall Street Journal is now reporting that just this past Friday a Samsung exec admitted that actual customer sales were “quite small.”

This new admitted sales figure was taken from a sales call with Samsung on Friday. That same exec, Lee Young-hee, spoke the following:

“Well, your question was on sell-in and sell-out. As you heard, our sell-in was quite aggressive and this first quarterly result was quite, you know, fourth-quarter unit [figure] was around two million. Then, in terms of sell-out, we also believe it was quite small. We believe, as the introduction of new device, it was required to have consumers invest in the device. So therefore, even though sell-out wasn’t as fast as we expected, we still believe sell-out was quite OK.”

Sell-in and Sales are terms that Samsung appears to be using to tell the world how much they’ve sold to vendors and carriers, while “Sell-Out” is the term they’ve picked to say how many devices have been sold to end-users. Samsung declined to give the “sell-out” number at the time of the call, saying instead that “the tablet is relatively new and we need to see how the market develops before we give any firm numbers.”