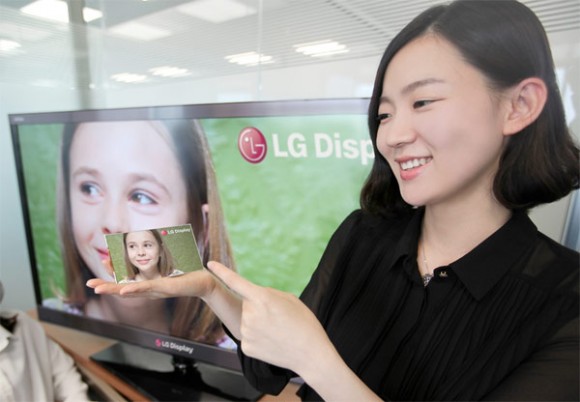 Samsung and LG may be releasing 1080p smartphones in the early part of 2013, according to Korean newspaper MK News. Samsung and LG are two of the bigger smartphone creators on the market, and an extra-large, 1080p smartphone from them certainly makes sense. Who will bring one to market first? That, of course, remains to be seen.

Both phone designers have already been beat to the punch by HTC, who recently announced the 5-inch, 1080p J Butterfly. The J Butterfly features an impressive 440 ppi, which creates sharpness beyond what human eyes can even detect. It’s about as good as it gets, and we assume Samsung and LG’s devices would feature a similar pixel density.

LG has already shown off a 5-inch 1080p screen, which very well could be used in a smartphone. LG’s screen also features 440 ppi, so it would certainly rival HTC’s display. Sharp has also shown off a 5-inch 1080p display, and there has been rumors that Sony may be working on 1080p device as well. It’s clear that phones are going the way of 1080p, and Samsung and LG want to remain the leaders, they definitely need to push 1080 devices to market soon.

Of course, this is just a rumor for the time being, so we will have to wait and see what comes of it. It seems logical that these two smartphone giants would be working on a 1080p phone, but we will have to wait until we hear something official from the companies. As always, we will keep you posted on this as it develops.