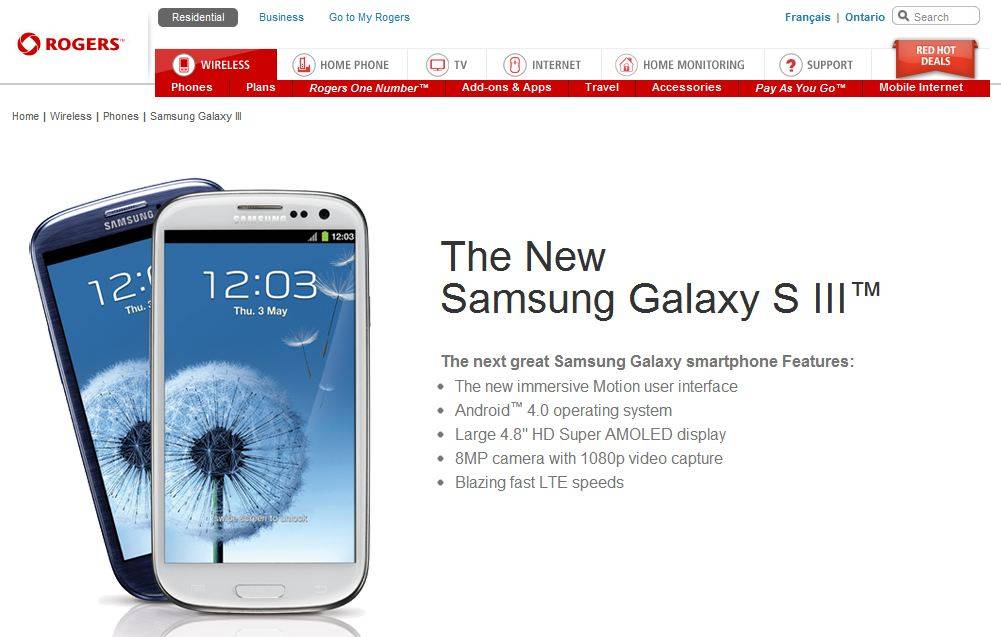 Canadian Samsung fans, today is the day you’ve been waiting for. Just hours after regional carrier Videotron put up their standard sign-up page for the Galaxy S III, Rogers has begun taking pre-orders for the flagship device. Current Rogers customers can reserve theirs at this website, and prospective switchers can sign up for information. Unfortunately, there’s no word on pricing or availability.

It’s a good thing, then, that MobileSyrup spotted the relevant prices for most of the Canadian carriers on a dormant Best Buy page. Rogers will charge $149.99, with Telus and Virgin Mobile asking for $159.99 each, and SaskTel asking $169.99. Bell’s pricing isn’t currently known, but the price for a reserved GSIII is $50. All of these prices are on three-year contracts (see, the US doesn’t have the worst cellular system in the world) with a presumed no-contract price of $649.99. 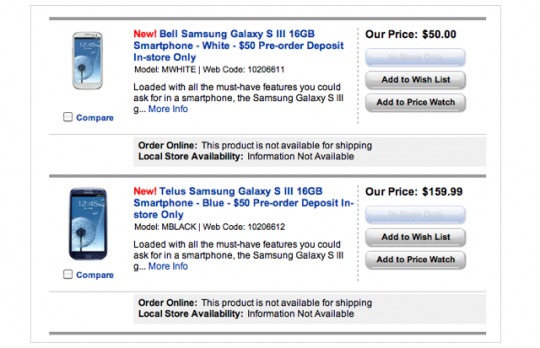 Rogers’ pre-order page makes specific mention of the Galaxy S III’s LTE capabilities, but a quad-core Exynos processor is notably absent. That probably means that Rogers’ LTE version (and by extension, Bell’s) is getting the same dual-core Snapdragon S4 spotted in a Verizon benchmark. By extension, the same configuration will probably be set for all the US versions, with the possible exception of T-Mobile. While the Rogers site goes without a date, a previous leak indicates a June 20th release for the Galaxy S III across most or all of Canada.