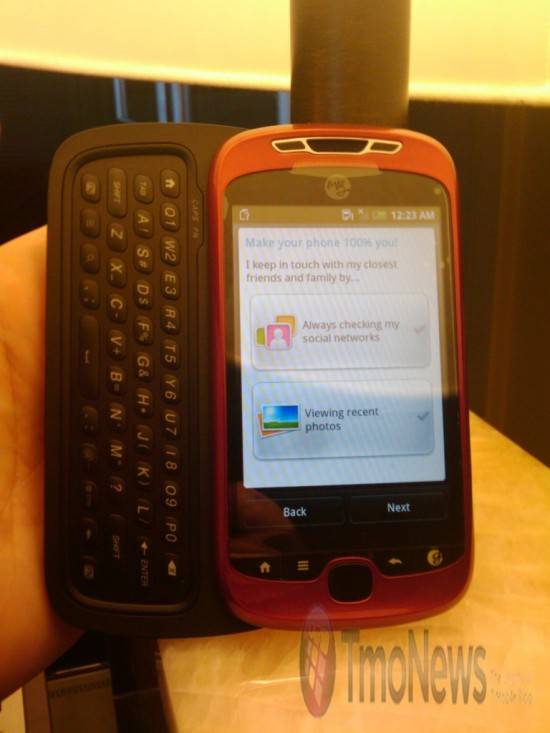 The red myTouch slide picture has just been leaked. This device is indeed the rumored Espresso from T-Mobile that will sport none other than HTC’s Sense UI. Just a few days ago this device made its rounds over at the FCC and now we get a better look at the handset.

I sure hope that this phone will pack in a 1GHZ CPU and some impressive RAM. We are long overdue for an Android with a keyboard and some second generation power. This device is rumored for a May 19th release and from the looks of it, it’s almost ready for prime time. Guess HTC is going with the optical track pad this year for their future Android devices, the capacitive keys resemble those found on the Nexus One. I can’t wait for more leaked pictures and especially the specs. I hope they don’t disappoint.