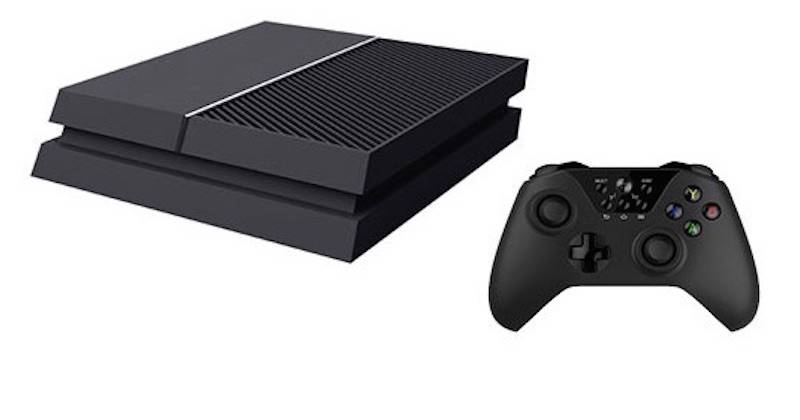 We had high hopes for OUYA but the startup which started on Kickstarter on 2012 wasn’t able to achieve its many goals. If you may remember, someone warned of its failure even before the campaign was over. At least, we were able to get a hold OUYA and several games were supported through the past three years.

OUYA released a refresh last year but soon rumors of acquisition started spreading. True enough, it went up for sale and Razor was the noble one who bought the ailing company. We haven’t heard much from the OUYA team recently but perhaps this OUYE coming out might make the new owner to make a statement.

Obviously, it’s named after OUYA. But what’s more annoying is the fact that the OUYE’s design is a mashup of the PS4 and Xbox One. Are we surprised? Not really since this gaming device is from China.

Oooh yeah. China has done it again. We can always trust this emerging market to make replicas and fakes of almost anything. We won’t tell what fake foods the Chinese can make now but fake gadgets are everywhere. So this OUYE here? The Chinese geeks win at “innovation”…well, if you can call it that.

The OUYE features a Sony PS4 chassis and an Xbox One controller. No, it doesn’t play any Xbox or PS4 game, just Android games so it really is more like an OUYA.

OUYA or RAZOR definitely has a case against the OUYA developer who is currently on JD.com trying to raise funds. (Seriously?!) JD is China’s very own Kickstarter. A $70 is requested from each backer but I don’t think this one will ever go into production. Hello copyright infringement! The group who is selling this idea has not just one but four companies to be afraid of: OUYA, Razor, Sony, and Microsoft. (Although honestly, I’m not sure if these companies will ever waste time on this…)

The OUYE is said to run Android 4.4.2 and an octa-core A80 chipset. It can offer 4K support so that’s a plus point. Don’t worry if OUYE will be a small success since even the Chinese people are mocking this item.