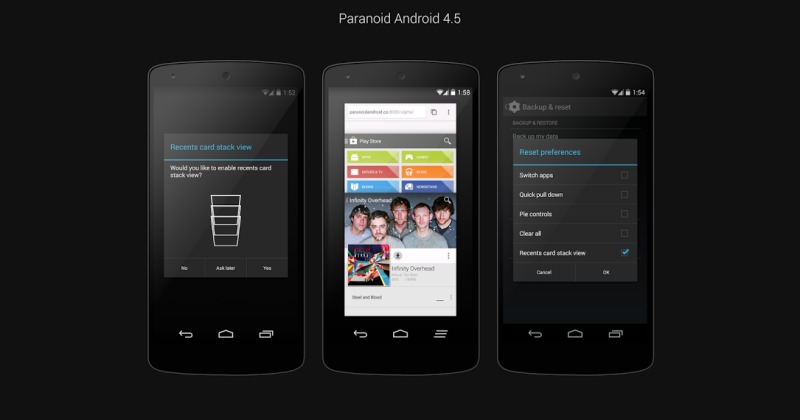 Another week, another Paranoid Android Alpha teaser. And like the previous two before it, 4.5 Alpha 3 focuses on changes to the redesigned Recent Apps view. Aside from visual polish and performance improvements, the dev team is now allowing PA users to decide whether they want to use the new Material-inspired visuals or stick to the conventional KitKat style.

The new Recent Apps design in Android L is quite pretty but, as with anything related to beauty, it can be subjective. Paranoid Android, however, isn’t simply copying what Google has provided and is adding a spin of its own, particularly in animations, shadows, and a “clear all” option. That said, not everyone will like the new fancy look. Luckily, PA isn’t going to force it down your throat. When you install or upgrade to Alpha 3 and tap on that Recents button, you will be greeted by an On-The-Spot window asking whether you’d like to switch to the new cards stack view. If you answer no, you will be dumped back to the Android KitKat columnar style. 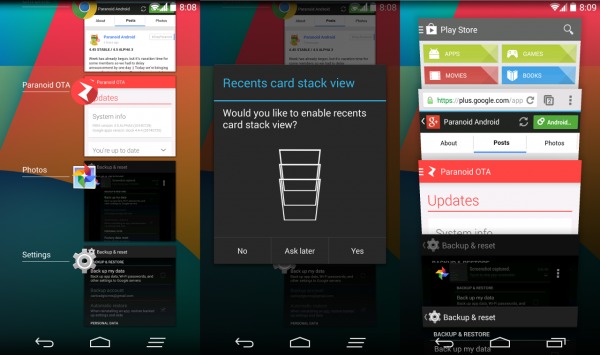 It is definitely good news that PA is flexible in this area, and hopefully they will retain that option even after Android L, which itself doesn’t have a way to revert to the old ways, comes around. But in case you made the wrong choice or want to switch back and forth between the two styles, fret not. Paranoid Android lets you reset the choices you have made with any On-The-Spot option, though finding it might not exactly be straight forward. To get there, launch the Settings app and go into Backup and Reset. There you will find the Reset preferences option that will show you all the past choices you’ve made, at least as far as PA customizations are concerned. 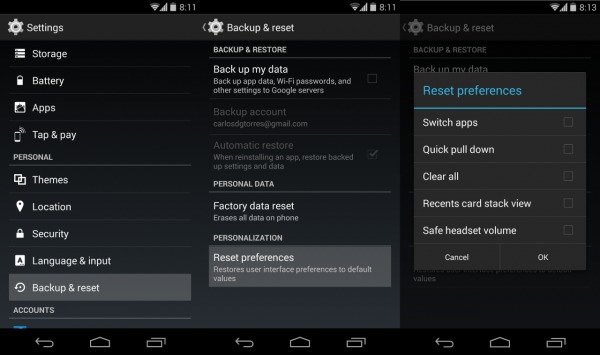 Those on the more stable 4.4 version also have something to be happy about, though not as much as alpha testers. In this latest 4.45 version, the Theme Engine has once again been synced but there are also some PA-specific fixes. In particular, the Hover icon on the notification panel has been resized to fit the rest of Quick Settings and PA’s hidden battery feature has also received some fixes. Of course, these changes have also been added to 4.5 Alpha 3, so early adopters won’t be missing out on those fixes at all.