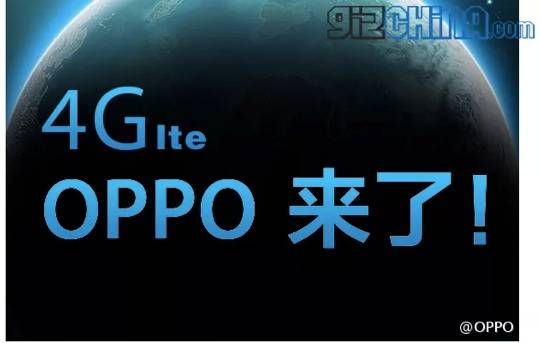 OPPO has previously confirmed the Find 7, which will arrive as the follow-up to the currently available Find 5. But while OPPO confirmed the name and the fact the handset is being built, they have yet to share much of anything in terms of the specs. The interesting part about the Find 7, despite earlier rumors and leaks, we have yet to see the handset appear in any images.

While we wait for some leaked Find 7 images to surface so we can get a look at the handset, OPPO did share an image on their official Weibo account page. The image doesn’t necessarily touch on the Find 7, though it did spur some talk of the handset. The pic, seen above, mentioned 4G and it likely a connection to the recent news from China.

Needless to say, some think it may be the first hint of the Find 7 and that the handset may arrive with 4G LTE connectivity. Given a future release, that seems a likely assumption, but there were more specs discussed in this latest leak. Some of the other details we have seen touch on the display and the processor.

Rumor has it the OPPO Find 7 will have a 5.7-inch display with a resolution of 2560 x 1440 and be powered by a Qualcomm Snapdragon 805 processor. There was also talk of 3GB of RAM, a 5 megapixel front-facing camera and 13 megapixel rear-facing camera.

This of course, is keeping in mind that we previously saw a leak suggesting the Find 7 would be powered by a Snapdragon 800. But that is why these are considered early leaks and rumors — they always change. Assuming these specs hold true, the OPPO Find 7 appears like it will be somewhat of a powerhouse.