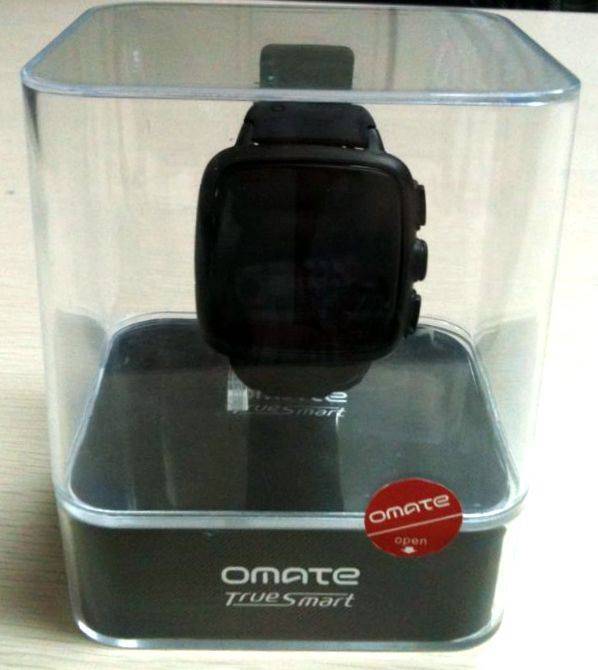 The folks at Omate have recently shared some images of the TrueSmart retail packaging. There isn’t much here, the smartwatch seems to sit encased in a plastic housing. But along with the look at the packaging, there was also a bit of a status update in terms of the units that are expected to ship in October. Looking back to the Kickstarter page, these were the Developer Edition models.

The Omate team hasn’t specifically said these would not be arriving in October, but it is looking like they may be a bit late. The details were shared on the Omate Facebook page where they mentioned the government shut down and talked about how they are “a bit late.” The statement read as follows;

“We are a bit late for the October deliveries especially in US because the FCC process got badly affected by the Government shutdown but we are working hard to speed up the deliveries.”

At this point there wasn’t anything said in terms of other deliveries. Basically, at this point it looks like the November and December deliveries are still on track to arrive on time. Otherwise, touching back on the packaging and there was mention of how the Ocharger, Quick Start Guide and Obox “successfully passed” the teams torture tests this weekend.

The Ocharger was introduced as the “TrueSmart Desktop Charging Cradle” last week. This will be included with all units — at no additional cost. The cradle basically means Omate users will be able to plunk the watch down and secure the top to charge. And while not as simple as wireless charging, it should serve to make it a bit easier as compared to plugging and unplugging a cable each time.

While that was a bit of good news, this did follow the Play Store news. We suspect everyone who backed the TrueSmart has already seen this and is likely still a bit frustrated. But just to recap, at this time the watch will not be shipping with the Play Store. Or for that matter, any of the Google apps. There is still some hope for future updates though as the Omate team mentioned they are still working with Google.