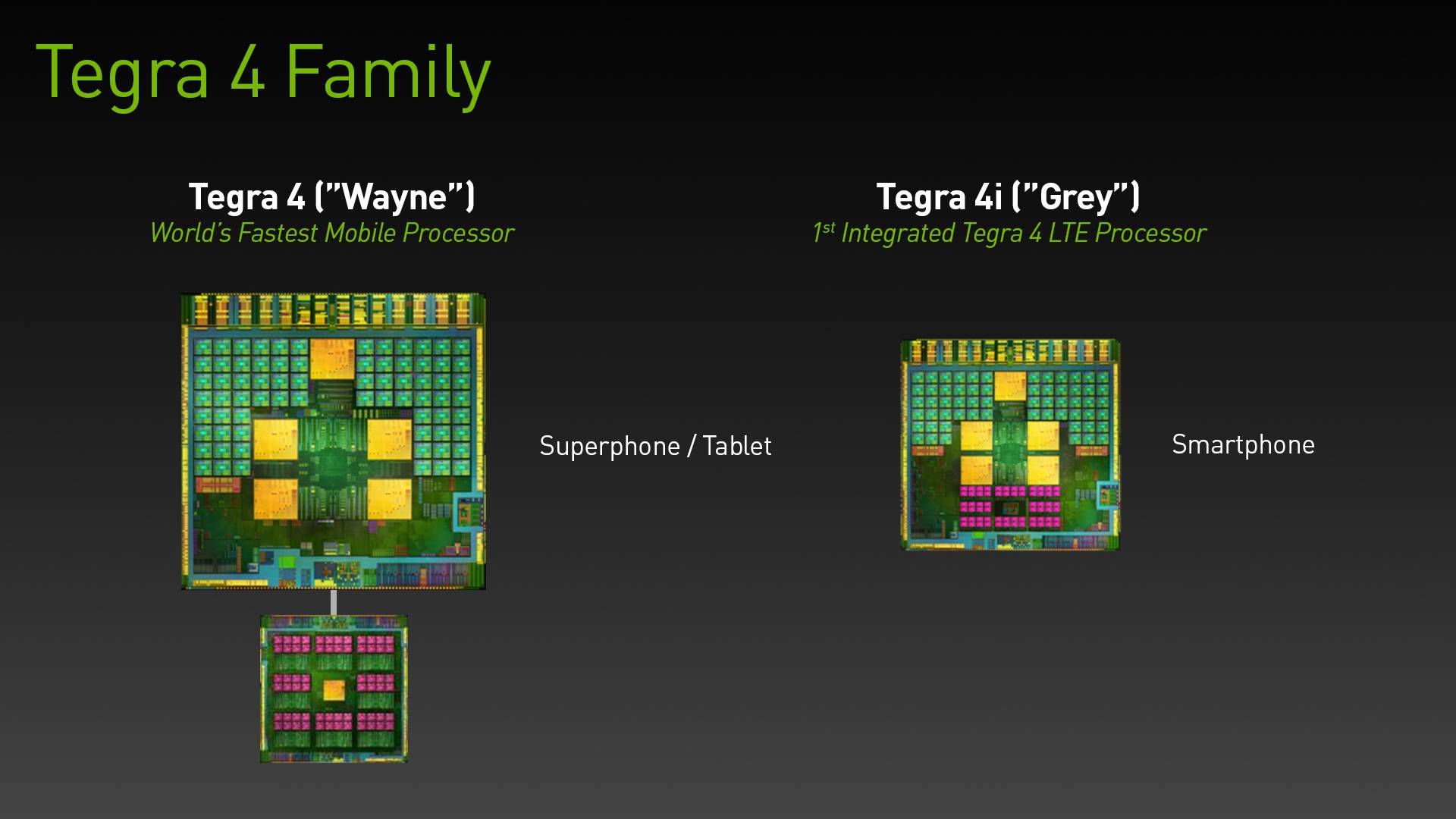 Back at CES the folks from NVIDIA finally announced the much anticipated successor to their popular Tegra 3 quad-core processor. That being their new and improved Cortex-A15 quad-core Tegra 4 superchip. Today however NVIDIA has just announced another quad-core processor for the Tegra family. It’s called the Tegra 4i and is geared for the mass smartphone market with integrated 4G LTE.

For those who are confused and saying, “what, isn’t the Tegra 4 LTE?” and the answer would be yes. The Tegra 4 is an extremely powerful quad-core processor and also works with NVIDIA’s Icera 500 chipset for 4G LTE, but it’s not integrated – it’s an option. They needed all the space they could get to add the 72 GPU cores to the 4 Cortex-A15 cores in the T4. With the newly announced Tegra 4i you’ll get a slightly underpowered Tegra 4 with 4G LTE completely integrated into one processor, or system on chip. Similar to the Qualcomm Snapdragon series, the Tegra 4i now has LTE integrated under one roof.

The 2.3 GHz quad-core NVIDIA Tegra 4i is half the size of competitors integrated 4G LTE quad-core chipsets, which will help on battery life, and as you can see is blazing along at a pretty fast speed. Add in NVIDIA’s usual 4-plus-1 dedicated 5th power saving processing core — you have one impressive sounding chipset. The goal with the Tegra 4i is the mass market smartphone. Then their more powerful Tegra 4 will be for “superphones and tablets.” 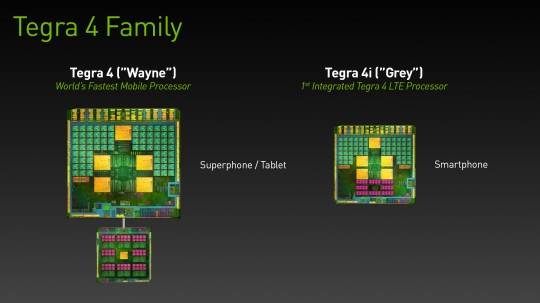 Interestingly enough, the Tegra 4i is not a Cortex-A15 based processor. Instead they’ve used four newest generation A9 processors (think Tegra 3 but better) and added all the features and benefits of the Tegra 4, then integrated 4G LTE support. It can be a bit confusing but essentially this is their processor to take on the Snapdragon S4 Pro and other 4G LTE integrated options.

NVIDIA’s added all their next generation camera features from the T4 into the new Tegra 4i, which they’ve named Chimera. One new feature aside from the “always-on HDR” is full panoramic HDR photos. Those should be neat. It should be available later than we’d like, which is by the end of 2013 to power the “mass market” of smartphones.

We’ll have more details, a hands-on look, and performance tests from Mobile World Congress next week so stay tuned.