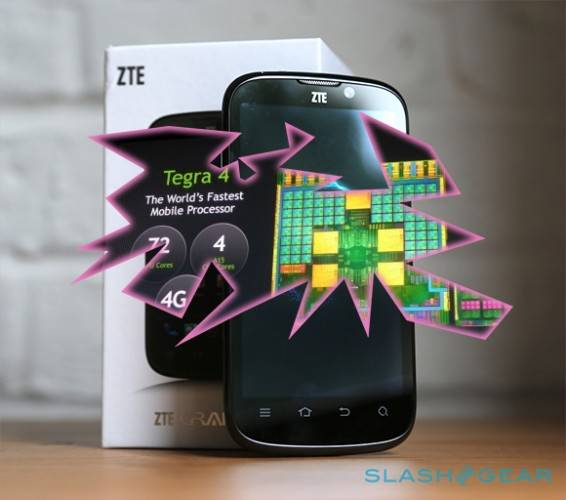 NVIDIA and ZTE have announced that the world’s about to get its first Tegra 4 Super Phone, which will be from none other than ZTE itself. The Chinese maker of increasingly higher-spec’d phones will be releasing the Super Phone by summer this year. There’s no other information – nothing about its name, its price, or its specs.

This isn’t the first time ZTE has partnered with NVIDIA to offer a market “first,” and there’s a chance we’ll get a look at the device at the upcoming Mobile World Congress. Even if that doesn’t happen, which is possible considering how close the announcement is to the event, the release date is said to be by this summer, so we’ll certainly be seeing something from them in the near future regardless.

Although there’s not much on the device at this time, what we do know is that aside from running a full Tegra 4 instead of a the Tegra 4i, it’ll also have Android onboard. As a result of running the Tegra 4, the number of GPUs will be higher than would otherwise happen with the 4i, which utilizes 60 cores instead of 72.

One of the big questions everyone has, of course, is whether we’ll actually have access to the handset Stateside. ZTE has rolled out some other nice smartphones that never made it our way, but if we had to guess, we’d say there’s a good chance we’ll see the handset here. Likewise, with ZTE’s other pricing, one can hope the powerhouse device will hit the sweet-spot in terms of price.