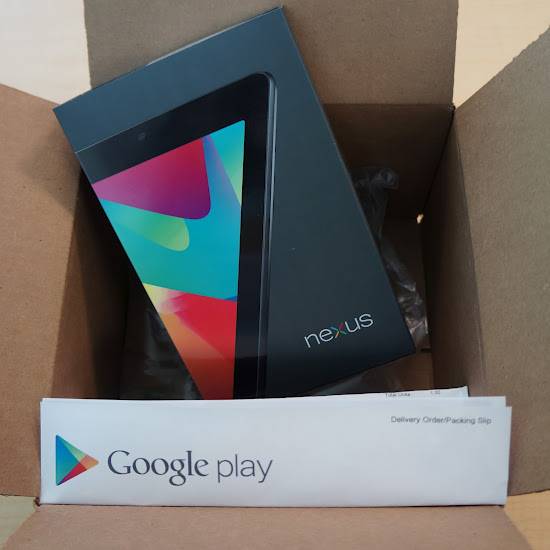 Earlier today, we reported that Office Depot was selling the 32GB version of the Nexus 7 tablet. Now, it appears as though Google has stopped selling the original 8 and 16GB versions of the tablet on Google Play. Perhaps Google is getting ready to list the new versions of the tablet on Google Play. Of course, it’s also possible that they just ran out of tablets, but it seems unlikely that Google would run out of both models at the same time.

Presumably, Google planned on pulling the older versions of the tablet down in preparation for the big event that was supposed to go down today. Unfortunately, Google had to cancel the event because of the hurricane that is barreling towards the east coast. Perhaps they will re-list them at one point, but for now, if you want one of the existing Nexus 7 tablets, you will have to check with your local retailers.

If you go to the Nexus 7 page on Google Play, you will be able to enter your email address to be notified when the tablets come back in stock. We’re assuming that the reissue of the tablet will be the new versions with the 32GB tablet, but that remains to be seen. Besides Google running out of them, retailers have also been dropping the price of the 16GB versions of the tablets.

We are not sure what is going to happen with the 8GB version of the tablet. Perhaps Google stopped making them and is legitimately out of them, or perhaps they will return at a deep discount. As always, we will keep you posted on all things Nexus 7.