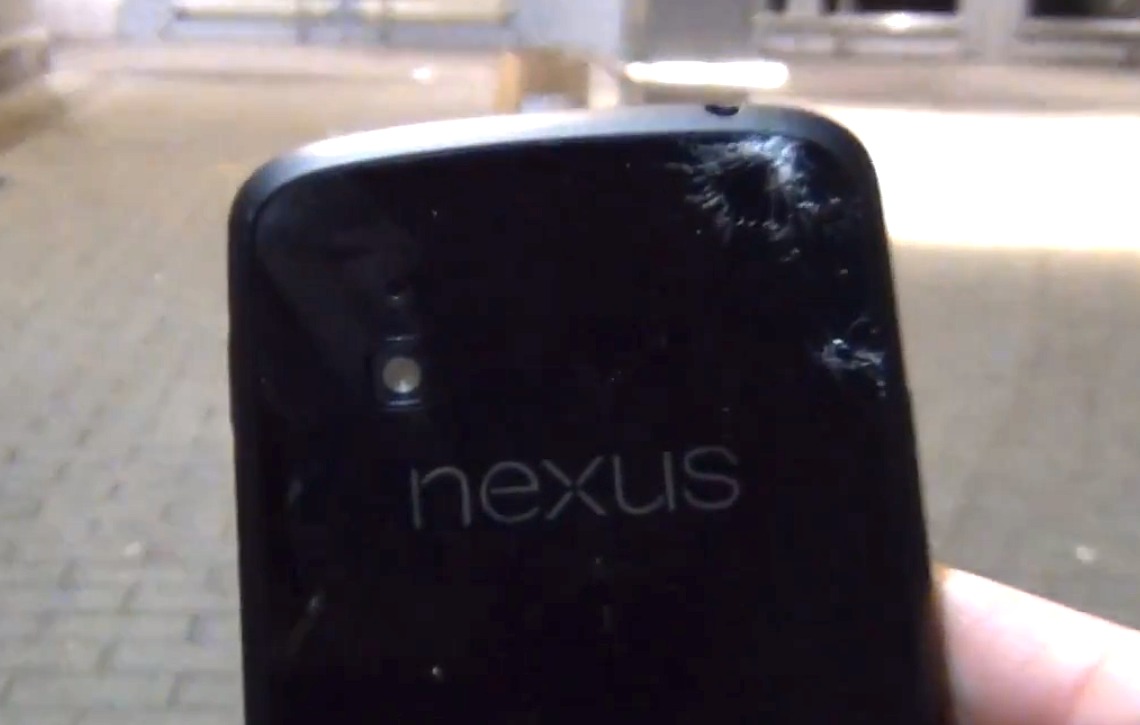 For some odd reason this has continued to be a growing trend with basically every smartphone or tablet that gets released. Drop tests are becoming the norm these days and now the brand new LG Nexus 4 has just received its share of drops. Spoiler: it doesn’t do too well, just like most phones. For those that enjoy these odd videos showing the obvious, take a peek below.

What it all comes down to is you probably shouldn’t drop your smartphone, ever. If the unlikely and sad moment happens where you indeed do drop your smartphone, pray that it isn’t cracked in some form or another as the screens are only getting bigger and bigger, and thus more fragile. I’m just going to go out on a limb here and recommend you buy a case.

Either way, users still seem to be uploading drop test videos for basically every new phone. So we might as well take a look at just how well the Nexus 4 handles being dropped from waist height, as well as about 6 ft from your ear. As usual we have multiple camera angles, slow-motion video recording, and absolute silence as the smartphone collides with the world of concrete. Enjoy the video even though it’s not in English.

We’ve been hearing various reports around the interwebs that LG and Google’s new Nexus 4 isn’t all that durable — even if the build quality is LG’s best yet. The problem isn’t with build quality, rather it’s the odd glass panel on the rear of the device. Didn’t they learn that lesson with the iPhone 4? XDA users are reporting little cracks and damage without even dropping their devices. We’ll be sure to monitor this as the device starts landing on more doorsteps, but so far it doesn’t look like the back is too durable. Keep a death grip on that smartphone guys, or just buy that official Nexus 4 bumper case from Google.