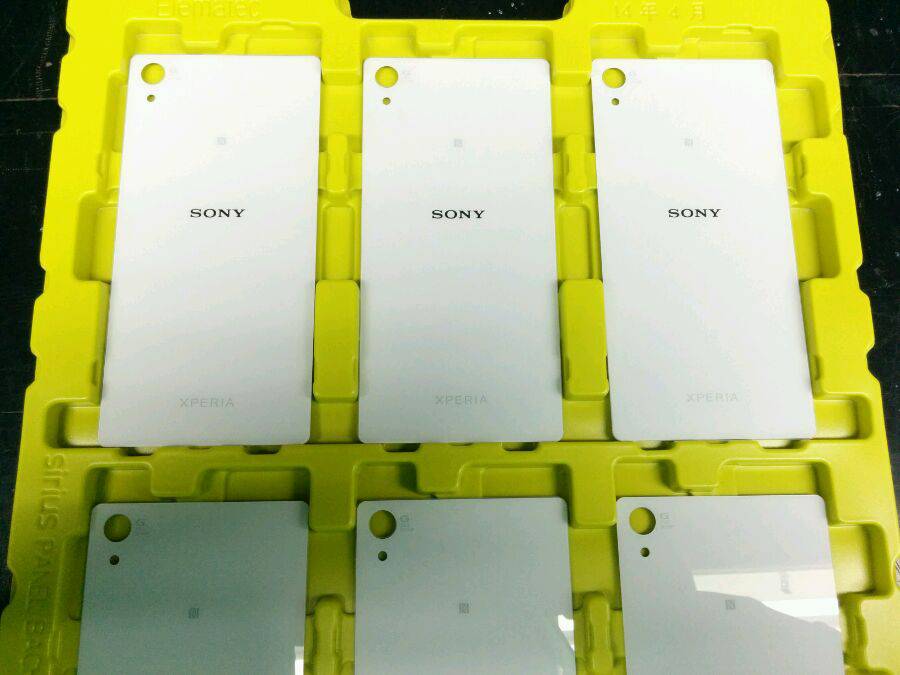 Ah, leaked photos, we love you and hate you at the same time. You ratchet up the anticipation while not giving us much new details as expected. The new photos of what is supposedly Sony’s new flagship phone, the Xperia Z3 does not give us anything new really, except to show that mass production of the anticipated gadget has already started and that it will come in at least one basic color, for now.

The leaked photos seem to be coming from a manufacturing facility where the Z3 is allegedly preparing for mass production or maybe it’s already in the middle of the production process. The photos also show that the white backing of the phone has a glossy finish and looks a lot like the current flagship, the Xperia Z2, with its simplistic and minimalist design. You can even see a cameo from the photographer, but let’s hope it’s not a clear enough look or someone’s getting fired for sure.

Previous leaks earlier this month seemed to confirm some of the speculation with regards to the specs of the Z3. It will most likely run on a Qualcomm Snapdragon 801 processor at 2.5GHz and an Adreno 330 GPU. It will supposedly have a 5.15-nch full HD screen, 3GB of RAM, 16GB of internal storage, and a main camera with 20MP while the front facing one is at 2.1MP.

Just like its outward appearance, there seems to be not much difference with the Z2, so Sony should have something different up its sleeve to convince users to upgrade to the new flagship. The Xperia Z3 is expected to be announced at the IFA this coming September 5, although the OEM has not made any announcements to confirm this, or any other detail about the upcoming smartphone.