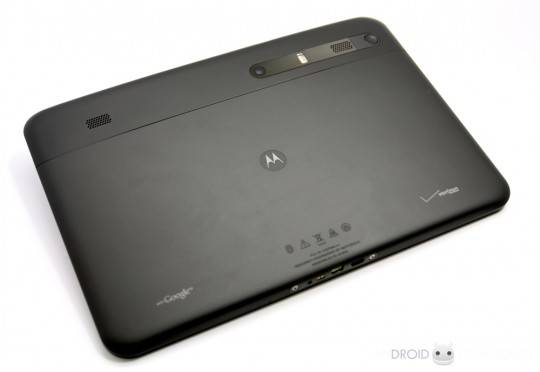 Late last week we confirmed, as well as Verizon Wireless themselves, that the aging and old Motorola XOOM tablet was indeed getting upgraded to Android 4.2 Jelly Bean. To our amazement they haven’t forgot about that old tablet, and now we’re happy to confirm it’s finally hitting devices. Although Verizon’s initial report had a typo, this isn’t 4.2 Jelly Bean, it’s 4.1.2 instead.

So not only are we not getting Android 4.2.2 Jelly Bean with all those improvements, or the multi-user account stuff brought with 4.2, sadly it will just barely be making it to the Jelly Bean world with 4.1.2 instead. To be honest though, we’ll take what we can get considering I never thought I’d see the Verizon XOOM ever get another update.

As a reminder, the original WiFi model of the XOOM got this same update way back in October of last year, so Verizon is only about 10 months behind. But again, we’ll take what we can get sadly. Being the first Honeycomb tablet available we’re surprised to see the XOOM LTE holding on this long. Even though it’s a fat and heavy tablet of dead weight these days.

When Verizon confirmed the update was coming on their support page, we were all amazed, but now multiple tips and even a screenshot from the via below confirms it is indeed hitting users tablet as we speak. It’s been rolling out since late last week, and you should be getting 4.1.2 Jelly Bean on your Verizon XOOM 4G LTE anytime now. Start checking for updates, if you haven’t already. Enjoy folks!