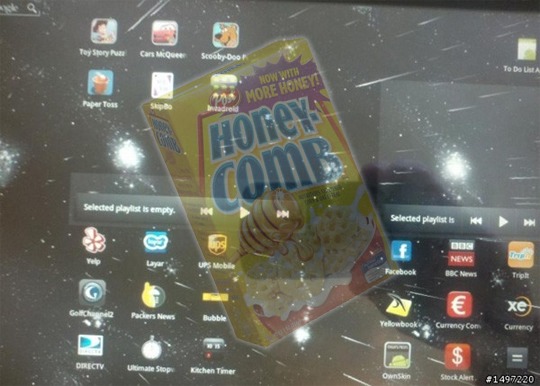 A few days ago we reported that Google’s Andy Rubin gave a quick glimpse of an unspecified Motorola Android Tablet while on stage at a conference. Now it appears the tablet makes another appearance thanks to an unknown tipster, who apparently had one hour to play with the device.

What we already knew about the tablet is that it would pack a NVIDIA Tegra 2 T20 dual-core chip that would push the Android Honeycomb OS. The tipster states that there will be models with both 7″ and 10″ displays, as well as different models that will support UMTS, CDMA, and LTE. Additionally, the tablet will have:  32 GB memory, removable memory slot, 5 MP camera in the rear, and 2 MP front facing camera. The tipster reports all this while saying the price will be no more than that of Motorola’s high end smartphones.

Hopefully the tablet market is gaining a worthy contender and we can enjoy some Honey-Comb.