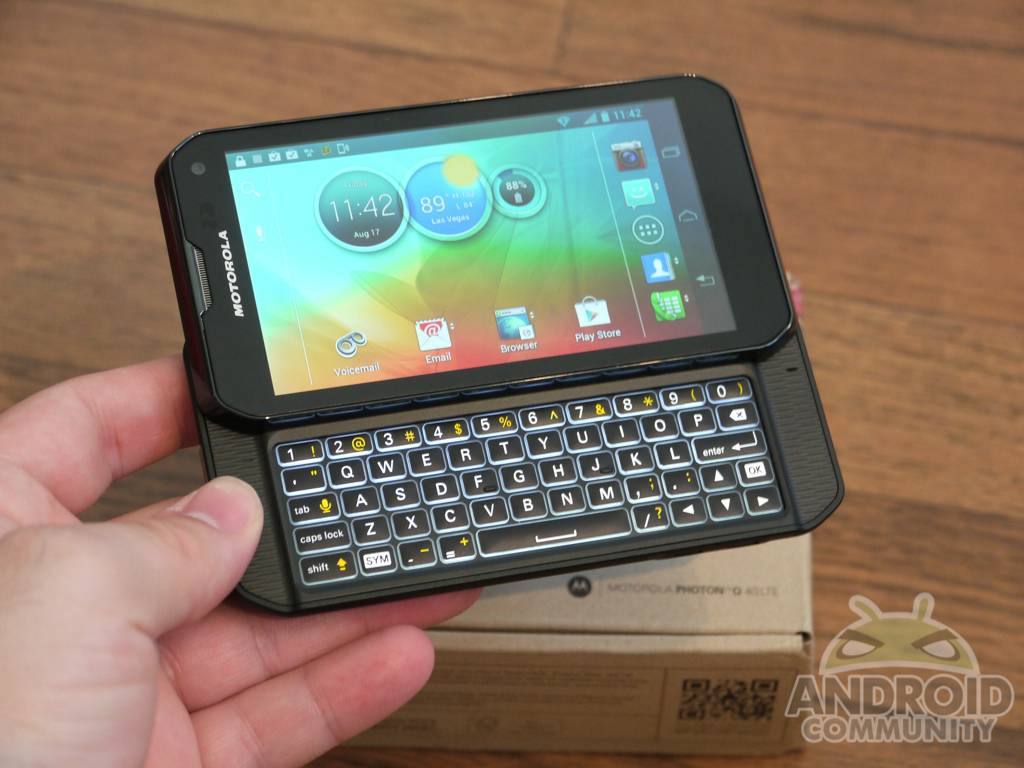 Meet the latest 4G LTE smartphone to hit the market. while it’s carrier might not have 4G LTE in too many cities yet, the phone is ready to go so lets take a peek. This is the Motorola PHOTON Q 4G LTE. It has a nice 5 row QWERTY keyboard, 4G LTE, a fast dual-core processor and more so check out our hands-on video below.

With a long name like that this phone better impress. Just like the older original PHOTON 4G the design is a bit “out of the box” compared to others on the market, but that isn’t necessarily a bad thing. Motorola has blended the design elements of their XYBOARD tablets with the PHOTON of past into one durable feeling smartphone. We’ll start with our hands-on video, then break down the specs.

Motorola’s (takes deep breath) PHOTON Q 4G LTE is a rather nice smartphone for those looking for a slider with a dedicated keyboard. They’ve tossed in top of the line specs and an qHD display all into a fairly sleek package. Specs include a 1.5 GHz dual-core Qualcomm S4 Snapdragon processor. 1GB of RAM, 8GB internal storage, micro-SD slot, 8 megapixel rear camera with flash, VGA front for video chat, and all topped off by the Edge-lit 5 row keyboard. 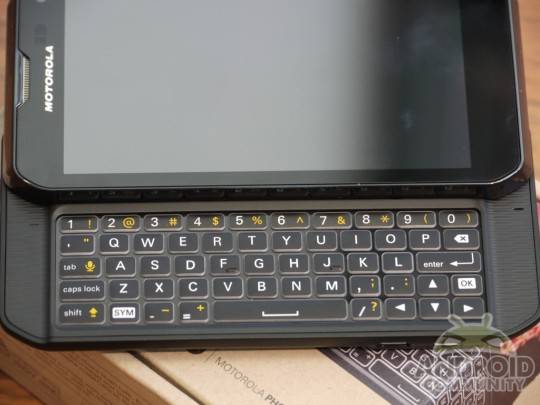 The screen sadly is not rocking Motorola’s HD screen used in the Atrix HD [see our review] and instead comes in at 4.3-inches with a 960×640 qHD resolution, but still features their Colorboost technology. So far our initial impressions are quite favorable, especially with the display. The design is pretty unusual, but we like some of the elements. The soft rubber surrounding the rear of the device is curved making it easy to hold, and one of the most comfortable phones around in the hand. One thing worth noting is Motorola’s added a large LED notification light above the speaker grill — something I’m a huge supporter of — and the bright green blinking is awesome. We aren’t sure if the notification LED has multiple color options, and oddly it doesn’t illuminate when the device is charging, but we love the feature.

For a full rundown on features and specs be sure to take a quick peek at our coverage in the timeline below, as well as all the pictures and device database spec sheet. Stay tuned for a full Android Community review!