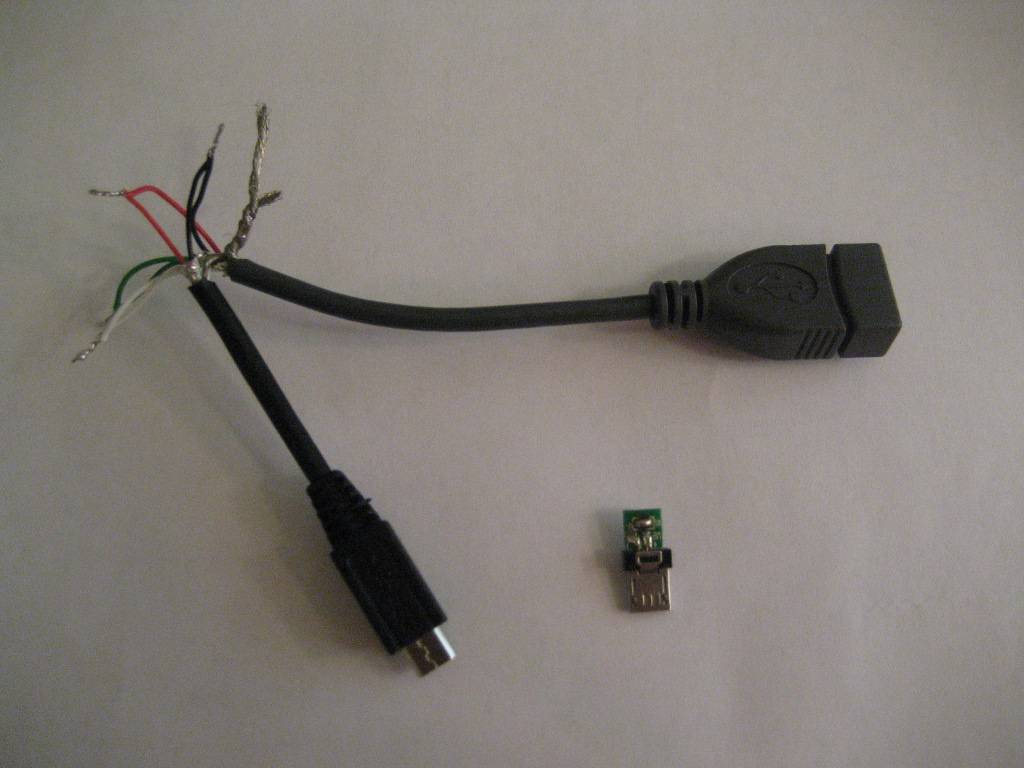 Having USB Host support on Android smartphones has long been a request, especially now we’re seeing more capable handsets with processors that could, feasibly, allow them to work as basic netbook alternatives.  Now there’s one way to add USB Host capabilities to the Motorola DROID, but as with any first-generation hack it’s not exactly pretty.

The system takes advantage of the fact that Motorola used USB-OTG capable hardware when they built the DROID, choosing to pair it with a standard USB Micro-B port rather than the Micro-AB port normally found on an OTG device.  To work around that, you need to create a microUSB to USB connector cable – with some judicious rewiring of a couple of regular cords – together with a tiny adapter that, when inserted into the DROID while it reboots, enables the Host mode.

There are still quite a few issues with the implementation; only one device will be recognized before the DROID kicks itself out of Host mode, there are issues with premature disconnects and of course there aren’t really the drivers to actually do anything.  Plugging in a memory key, for instance, sees it recognized and powered but not actually accessible.  Still, the Android developer community has shown itself to be fast-moving when it comes to adapting to new hacks, so it probably won’t be long until all this is polished up in a custom ROM.