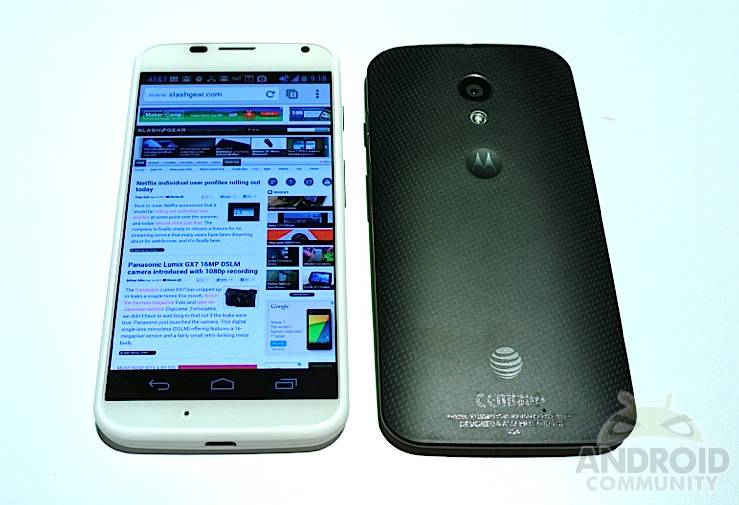 The Motorola device we’ve all been waiting for was finally unveiled today. That being the new device with a little Google input known as the Moto X. While there’s plenty to be excited about, and we truly are enjoying this phone, more details have surfaced about the price that has us a bit concerned. AT&T has confirmed the full outright off contract price will start at $575.

Earlier Motorola officially announced the new X, and confirmed it will run users $199 for the 16GB model, and $249 for the 32GB flavor. Those are with a 2-year contract. Then all those customizations will be free, but are only available (initially) from AT&T. Early leaks suggested the price would undercut the Nexus 4, which made sense given the specs, but sadly that didn’t happen.

While talking with AT&T we’ve confirmed the 16GB Moto X will be $575 if you buy it outright from the carrier, and opt to not sign a new 2-year contract. The 32GB model will run you $629. That certainly is a lot of cash, especially when you consider the more powerful, bigger, full HD devices like an HTC One and Galaxy S4 are roughly the same price.

Then, you can’t forget the completely unlocked and stock LG Nexus 4 comes in at $299, and $349 for the 8 and 16GB model direct from Google. A phone that has a similar 4.7-inch 720p display, but offers a quad-core Snapdragon S4 Pro vs the S4 Pro dual-core in the Moto X. As a reminder though, the Nexus 4 sold for a lot more than $299 from carriers themselves vs from Google’s Play Store, so maybe we’ll see a cheaper Moto X soon.

So far Motorola got everything right with the X, except for one thing, and that is the price. $99 and $149 on contract would make this news a lot better, and we’ll have to wait and see how it fairs against the competition. Check out all our X coverage below.