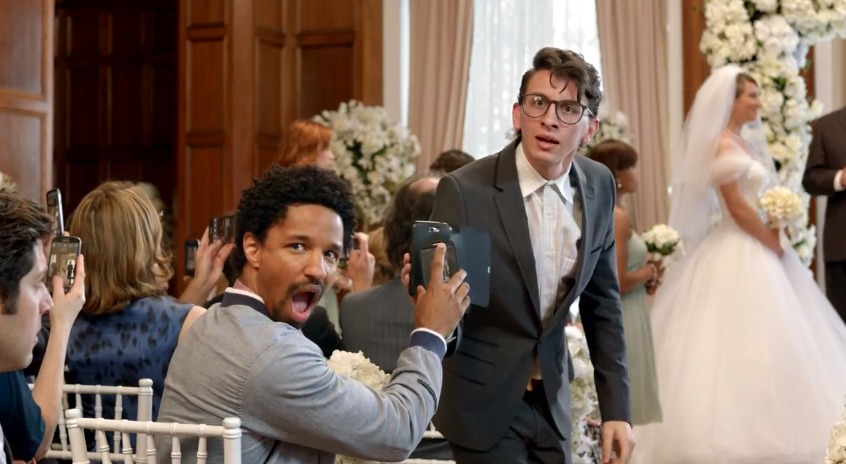 Today a rather fun video was released from the folks at Microsoft making fun of the ongoing Android vs iOS battle that we’re all enjoying. This new Windows Phone ads goes pretty far to try and get you to switch away from Android, but I doubt it has anyone fooled. While it was highly amusing, we won’t be switching anytime soon.

Windows Phone certainly isn’t in the middle of the current mobile war. And while we know they’d like to be, they’re taking the approach of sitting back and watching Android and iOS beat each other up, while they slowly steal the spotlight. Lets face it folks. That won’t be happening anytime soon.

Microsoft’s latest Windows Phone ad pretty much sums up the ridiculous smartphone battle that’s going on lately, and gets pretty comical about it. Basically saying to stop fighting, and join the Windows side. This is just one of many of Microsoft’s latest attacks on Google and/or Android.

From Samsung’s massive phablets being too large and in the way of other wedding photographers, to S-Beam fanboys as you see above (classic) all getting enraged over their respective OS. Surely you’ve all had the “which is better” talk with someone, and it usually goes south quickly, but this was just too awesome to pass up.

In the end we learned one thing. “Don’t fight. Switch.” Although I’m going to go on record and suggest you all switch to a Nexus device or the HTC One.