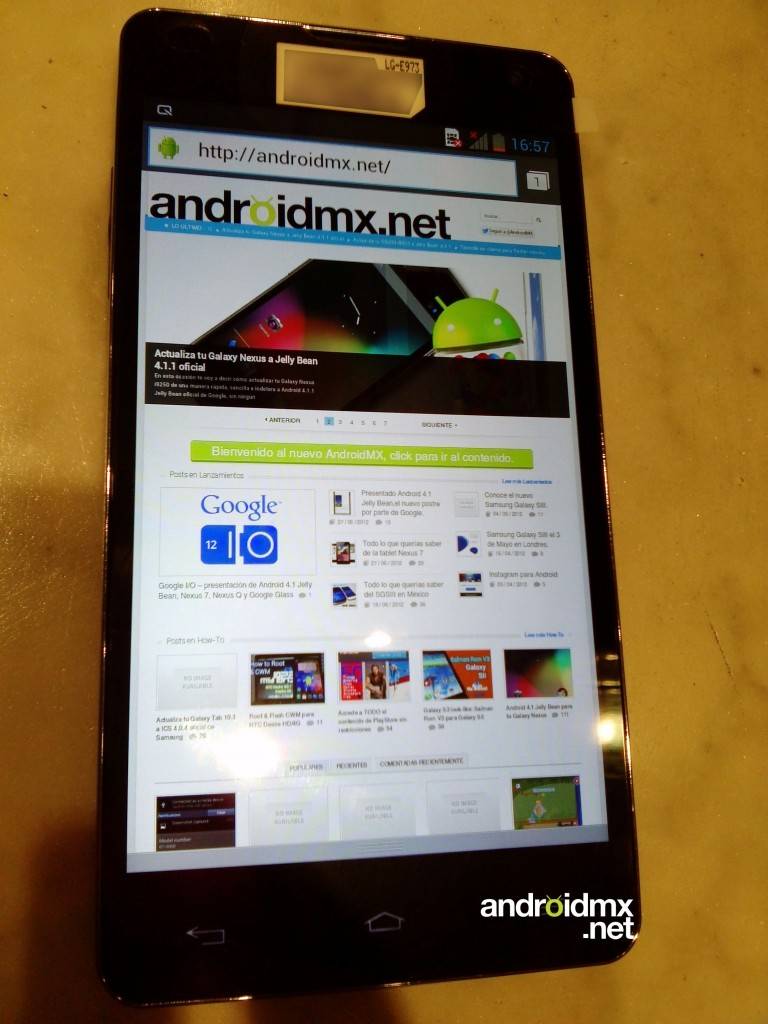 The latest and greatest in smartphones is almost here. Earlier this week we reported on a new device codenamed the LG Optimus G with a quad-core processor, and later Qualcomm confirmed the details. LG’s new powerhouse will feature the brand new Qualcomm Snapdragon S4 Pro 1.5 GHz quad-core processor, and that is only the beginning. Today we got our first official look at the phone, as well as more details from LG.

Thanks to the folks at AndroidMX we are seeing the new Optimus G pictured for the first time. Their images confirm the awesome display, as well as the internals with a few screenshots confirming the specs. Those are a 4.7-inch 1280 x 800 resolution display with LG’s brand new TrueHD IPS+ technology. This is said to be 60% brighter than Samsung’s AMOLED, while being more efficient too.

That isn’t all either. They managed some screenshots of the new LG Optimus G running on Android 4.0.4 Ice Cream Sandwich, and can also confirm the 1.5 GHz quad-core processor, 2GB of RAM, and the Adreno 320 for stunning graphics and gaming. Oh and did we mention they confirmed the 13 megapixel camera — yea that happened.

Earlier today we also received some more confirmation from LG Korea. They confirmed the retina beating, Samsung topping display they’ll be using, as well as a new battery technology they claim will make the phone up to 60% more efficient. Whether we’ll be getting 60% more battery life is another story though. Either way the details confirmed by LG as well as the leaks from yesterday all makes for a strong showing from LG.

The impressive new next-gen LG Optimus G is headed to the streets internationally in September, with a mid October launch date stateside. Stay tuned for more details as we’ll be seeing it live next week at IFA 2012.