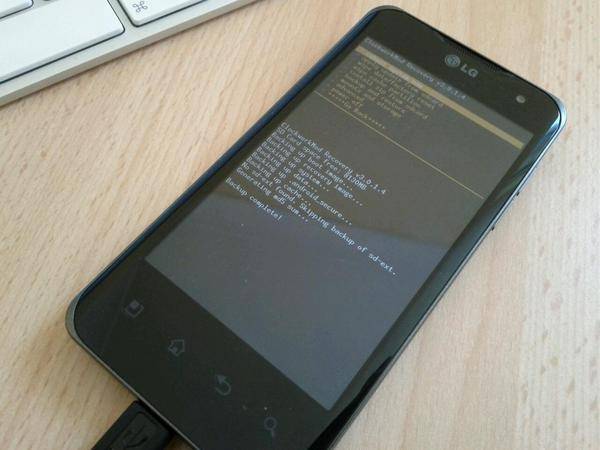 Well well, it looks like the amazing Paul O’Brien from ModaCo has been busy with the new dual core device from LG. He has already done plenty on this phone but recently he has announced and shown pictures for a few exciting things. One being that Paul himself said the phone is a developer dream device. It is not locked down, and messed up like phones have been lately from both Motorola, and HTC. It is open, and free just like it should be and as Android was intended.

It looks like Paul has not only figured out the recovery key combo, but he’s fully rooted and flashed ClockwordMod to the G2x already. I smell CM7 coming in the first 2 weeks of the G2x launching as developers from CM7 have already said they will be supporting this device, specifically kmobs. Paul has also mentioned he has completed a Nandroid backup successfully and the device seems good to go, he called it a developer dream phone. What else do you all need to hear? That is enough for me, I think I want one.

Good news for all of us that have been following the G2x, looks like LG has not done anything to make us in the Android Community unhappy. Hopefully they will stay this way and leave devices open and easy to access like the G2x is. We can only hope.