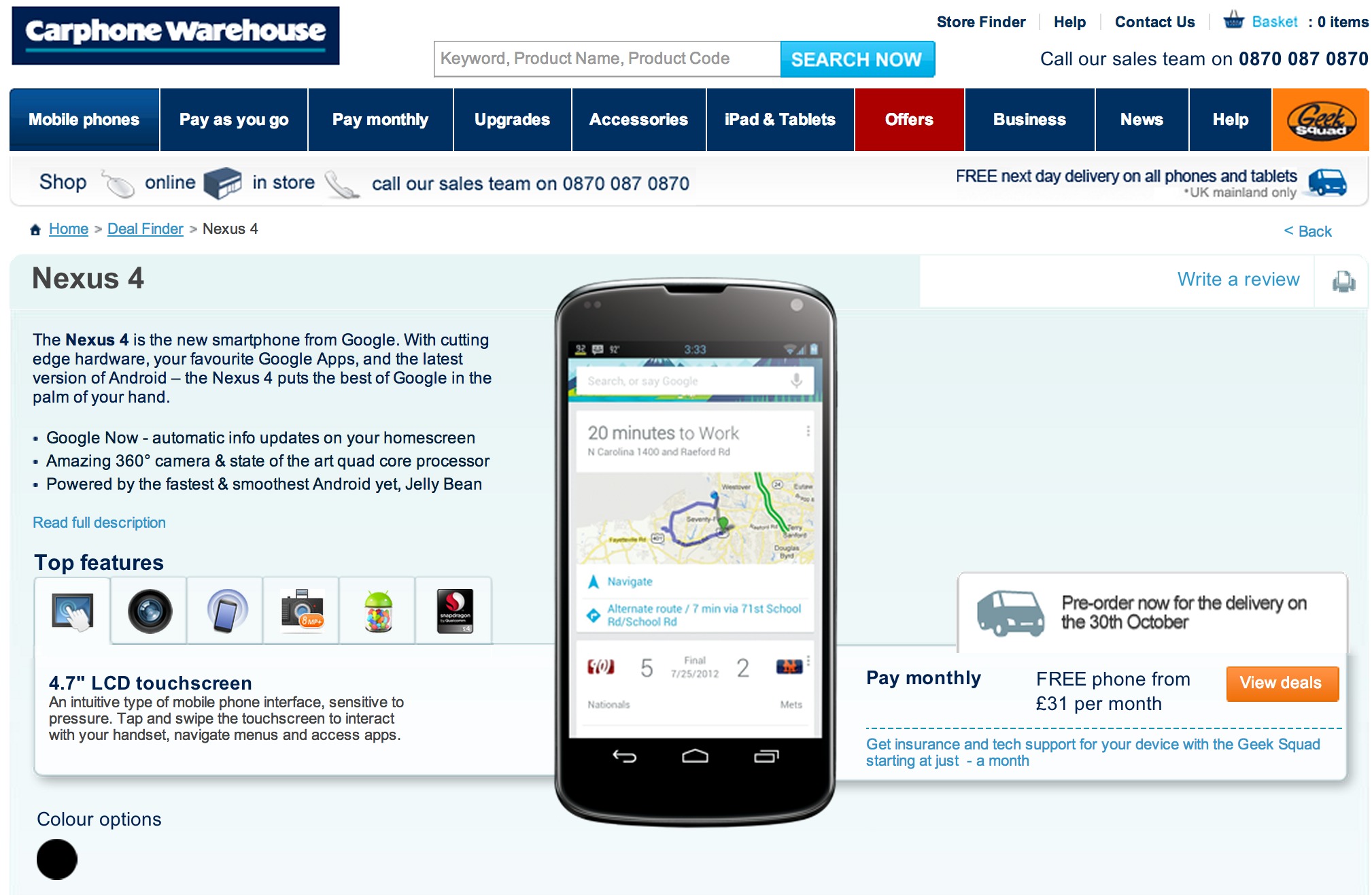 Google’s big smartphone surprise, the LG Nexus 4, has been spoiled by a prematurely posted preorder page at UK retailer Carphone Warehouse. The phone has been thrown up for sale – from free on new, two-year agreements of £31 ($50) per month or above – with deliveries from October 30, the store says, with the listing confirming much of what has been rumored or leaked about the Nexus 4 already.

According to the page, the LG-made Nexus will have a 4.7-inch 1280 x 768 display, quadcore 1.5GHz Qualcomm Snapdragon S4 processor, and 2GB of RAM. There’s an 8-megapixel main camera on the back and a front-facing camera, along with NFC and the usual WiFi/Bluetooth/A-GPS.

Inside there’s Android 4.2 Jelly Bean, what’s shaping up to be a minor update of Jelly Bean as we know it today. However, it does sound like there’s a Swype rival included in the on-screen keyboard:

“Stay in touch with Gesture Typing, a faster way of typing that lets you spell words by dragging your finger across the screen from letter to letter” CPW product page

No SIM-free pricing, and it’s unclear if the retailer has simply gathered up all the latest rumors and leaks to create a “near enough” listing so that it can get preorders started as soon as possible. We’ll be headed over to Google’s event next week for all the official details.