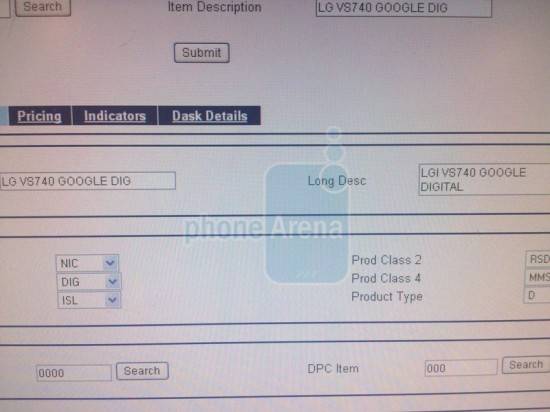 Looks like my earlier suspicion of the LG LU2300 being renamed ALOHA, aka LG VS740 as it’s called in Verizon’s system, has come true. Verizon will have an impressive Android lineup this spring/summer with the addition of this, another 2.1 device that also has a 1GHZ Snapdragon and other great features.

This will most likely be a “Google Experience” phone, there are a lot of people that are fans of vanilla Android.  This phone is rumored to be release sometime in Q2 which is right around the corner. This device is rumored to feature a 1GHz Snapdragon chipset, 5MP camera and 720p video playback as well as WI-FI b/g/n.