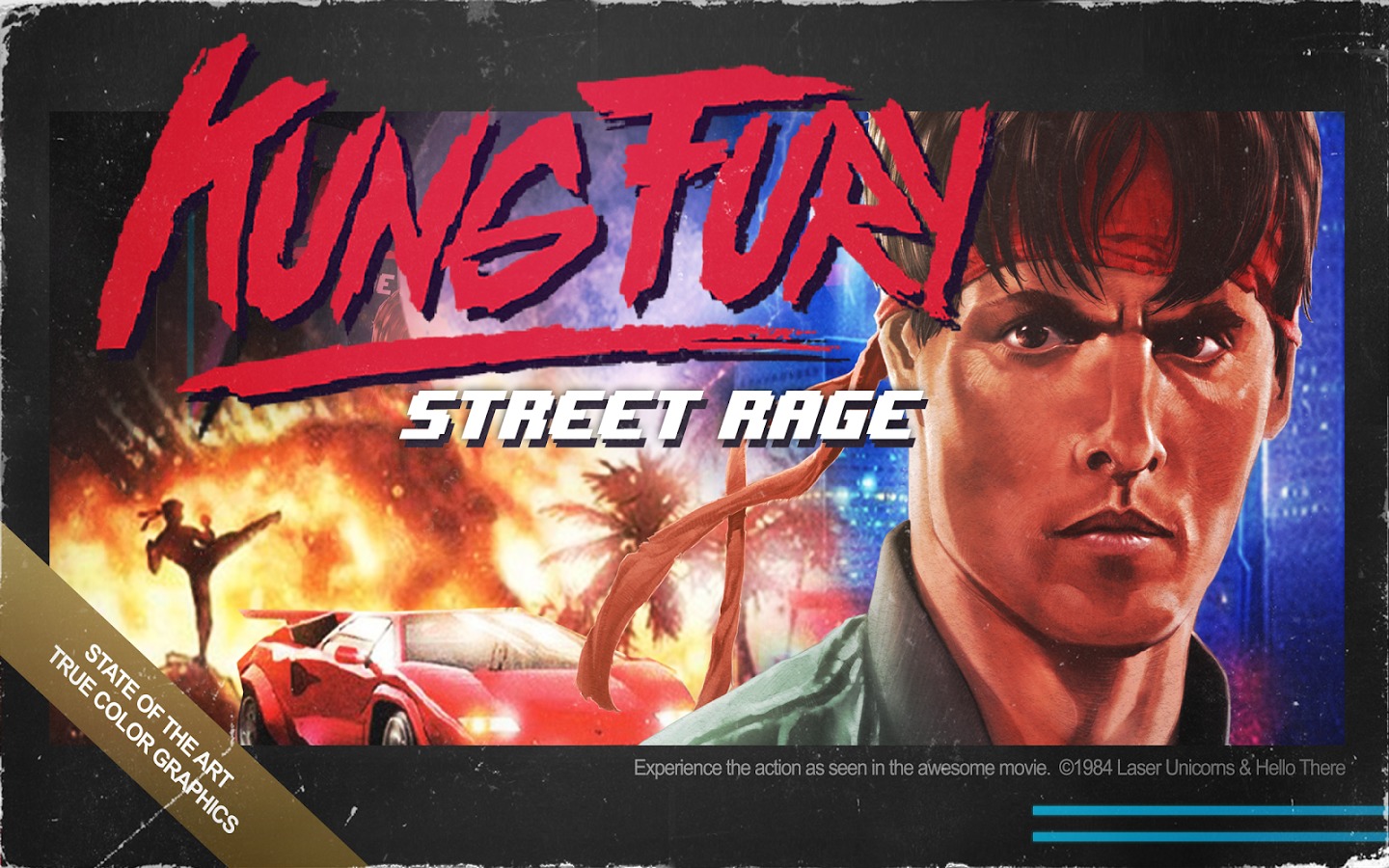 If you’ve heard your friends and your timeline raving about a film called Kung Fury, but you can’t find it in cinemas anywhere near you, that is because it is not produced by any major Hollywood studio. It is actually a low-budget, crowdfunded short film that seems to have hit the right note with fans of the kung-fu genre. And if you’re one of the more than 3 million people who have viewed the film, you can now play the game version right on your Android device.

Kung Fury: Street Rage is straight off the main storyline of the schlockfest that may soon be a “certified” cult hit movie. In the game, you get to battle the Nazis, as just like in the movie, you traveled back in time to change the course of history by killing the “Kung Führer”. You get to play the main character from the movie, who is of course Kung Fury, a Miami detective who received extraordinary kung fu powers when he was struck by lightning.

Obviously, from the storyline and the look of the film and even the game itself, this isn’t something vying for an Oscar best short film, but rather a fully enjoyable romp into the 80s style of action movies inspired by martial arts, which includes cheesy dialog, senseless plots, and a mishmash of Vikings, dinosaurs, sentient video games, etc. The game is also in the same spirit as the film so expect to be entertained and amused. Oh, and did we mention that the soundtrack of the game is from an “up and coming” artist named David Hasselhoff?

Kung Fury: Street Rage is available to download for free from the Google Play Store, with in-app purchases. If you haven’t watched the short film yet, just click on the video below. Enjoy!