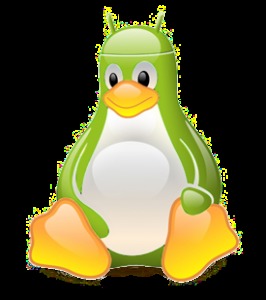 We don’t know what number or name the next version of Android will be, but if all signs are pointing in the right direction we’ll likely see Android 5.0 Key Lime Pie here soon from Google. There’s no question they’re hard at work on the next major release, possibly set for later this year, and today we’re seeing some interesting tidbits on the Kernel side.

We’re not going to get into the entire is Android Linux discussion, as it certainly is a “fork”, and I don’t want the Android enthusiasts to start throwing stuff at me. However, we all know Android runs on top of a standard Linux Kernel, and it looks like Google could be prepared to make a significant jump to the latest version with Android Key Lime Pie.

Android runs on an unaltered Linux Kernel, but of course there are various tweaks and patches. I’m no expert in this space, as many Android enthusiasts are, but it looks like Google’s been experimenting with the latest long-term Linux Kernel release. That being 3.10 of course. Android Gingerbread ran on the aging 2.6, we saw Ice Cream Sandwich bump the kernel to 3.0, and Jelly Bean brought Linux kernel 3.4 to Android. 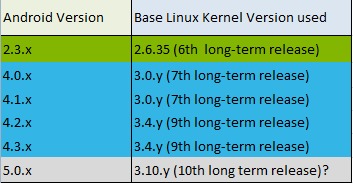 We’ve seen some experimental Android 4.2.2 Jelly Bean releases from those Linaro folks running 3.10, and while we can’t confirm anything at this point it makes perfect sense for Google’s next major Android release to jump on the latest long-term Kernel release.

Again, I’m no expert but jumping to version 3.10 should bring more stability, better battery life and performance, security at the kernel level, and improved ARM big.LITTLE support. And those are just a few of many. There’s some interesting experimenting going on by Google, and you can find more from the link above or the via below.