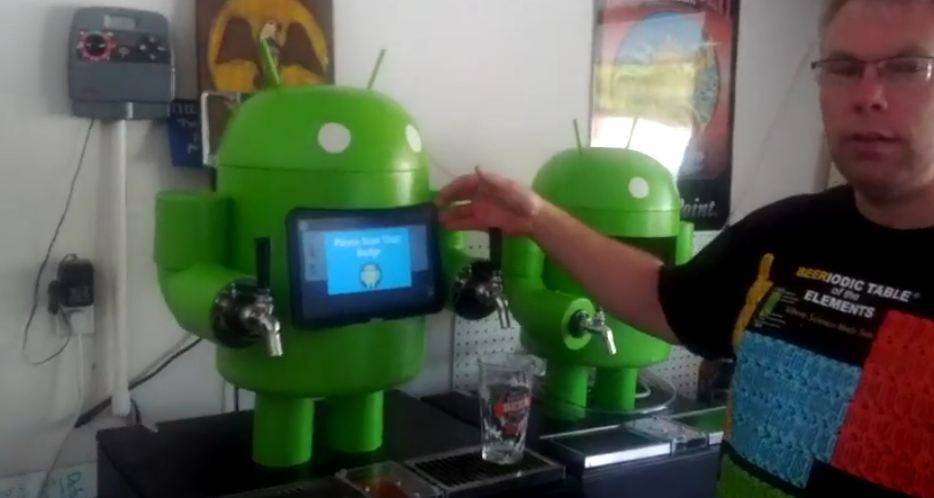 Why would you combine an Android tablet, an Arduino board, a keg of beer and a tap? If you asked Google employee Paul Cariff, he’d probably retort with, “Why not?” His latest masterpiece, the KegDroid, uses a Motorola XOOM connected with a tiny electronic controller to both secure and properly dispense what made Milwaukee famous. Naturally, it’s all encased in a display that shows off everyone’s favorite little green robot.

The XOOM set into the case is more than just window dressing: it actually protects the beer, dispensing it only to those who have the appropriate NFC badge. The badge is scanned into a plate on the lower portion of the case, which is authenticated by an Arduino board. Yup, the KegDroid literally cards you. Once the correct user has been given access, he or she can then select one of two beers from a custom Android application, all of which are rated and detailed. You can get one, twelve or sixteen ounces of refreshment, all kept at an ideal 39 degrees Farenheit as displayed on the XOOM.

Cariff’s invention isn’t perfect – a straight-down pour creates too much head on most beers, as his video demonstrates. But it’s a pretty ingenious combination nonetheless, and could help avoid that most frustrating of bar annoyances: the large crowd trying to vie for the bartender’s attention. Patrons of legal age could be given an NFC badge at the door and serve themselves from dozens of KegDroid taps – though of course there’s still the issue of handing a tag off to underage drinkers. Perhaps the facial recognition software in ICS would be a better solution?