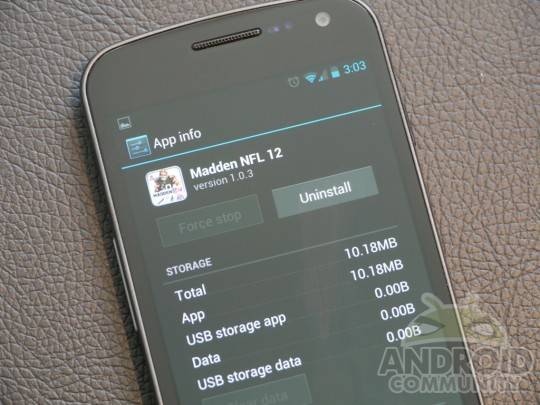 Even worse? The vast majority of these developers were making games, so if you’ve got an idea of an app that isn’t a game, it sounds like you may have a struggle ahead of you. Companies like Zynga, Disney, Rovio, Electronic Arts, and Gameloft all made the list, with Pandora being the only developer not putting out games. Just how much did these 25 developers take in during the month? A total of $60 million, a figure which include both “paid-for downloads and in-app purchases.”

That’s a lot of dough for just 20 days, so it’s easy to see why there’s such a large number of developers eager to get their app seen. Unfortunately, this study tells us that getting noticed isn’t all that easy, which isn’t happy news for app developers. It probably isn’t going to be any easier either, Canalys says, since the gift giving season is coming up quickly and these major developers will likely be cutting the prices on their games for winter sales.

That’s not something all indie developers can do, which is just another roadblock to success. The fact that new apps are always going up on these stores means it’ll be ever harder to get noticed as time goes on. In the end, this just shows that advertising is king even in the mobile realm, which is a shame considering it means some great apps don’t get the attention they should be getting.