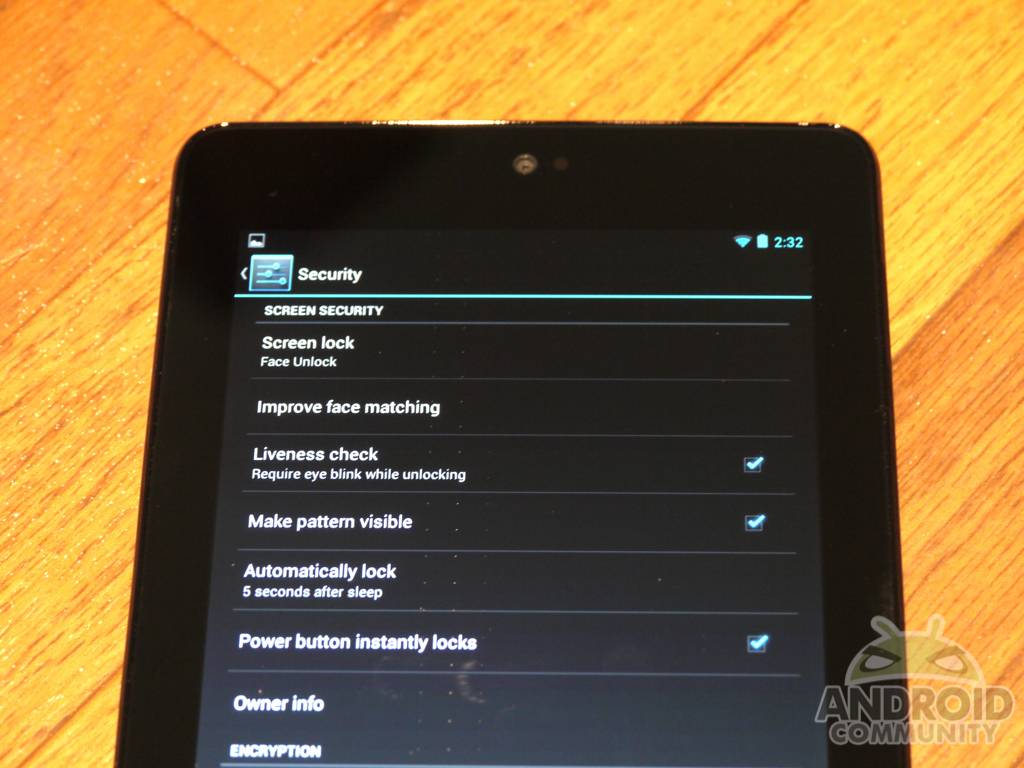 Google’s Face Unlock feature was met with tons of praise last year when announced along side the Galaxy Nexus and Android 4.0 Ice Cream Sandwich, but at the same time it was met with a lot of criticism for being easily bypassed or hacked. Simply use a photo of of the face and it would work, making it not too secure. With Jelly Bean they’ve taken it a few steps further.

Not only has Face Unlock improved by Google adding additional “advanced” options where the user can take up to four additional pictures with glasses, different lighting, beards and more, but they’ve also made it more secure with a “liveness” option.

Essentially this works just like we mentioned in the title. Android 4.1 Jelly Bean has a new options once Face Unlock is selected under settings just click the “liveness check” option. This will make the facial detection engine also require the user to blink his eyes before getting access. It’s a small touch, but works great actually. Unlocking seems faster too. Once you blink the unlock sound effect emits and the screen turns on all so fast you feel like your blink just did something amazing. It’s rather fun to be completely honest.

It isn’t just about being fun though. Google has done this to remove all the criticism face unlock has received. Now it’s more secure, fools photos, and can even work after you get a hair cut or shave a gnarly beard. It still not truly be advanced security for unlocking, but we’ll take it.

For those that have Android 4.0 or 4.1 Jelly Bean — do you actually use Face Unlock?