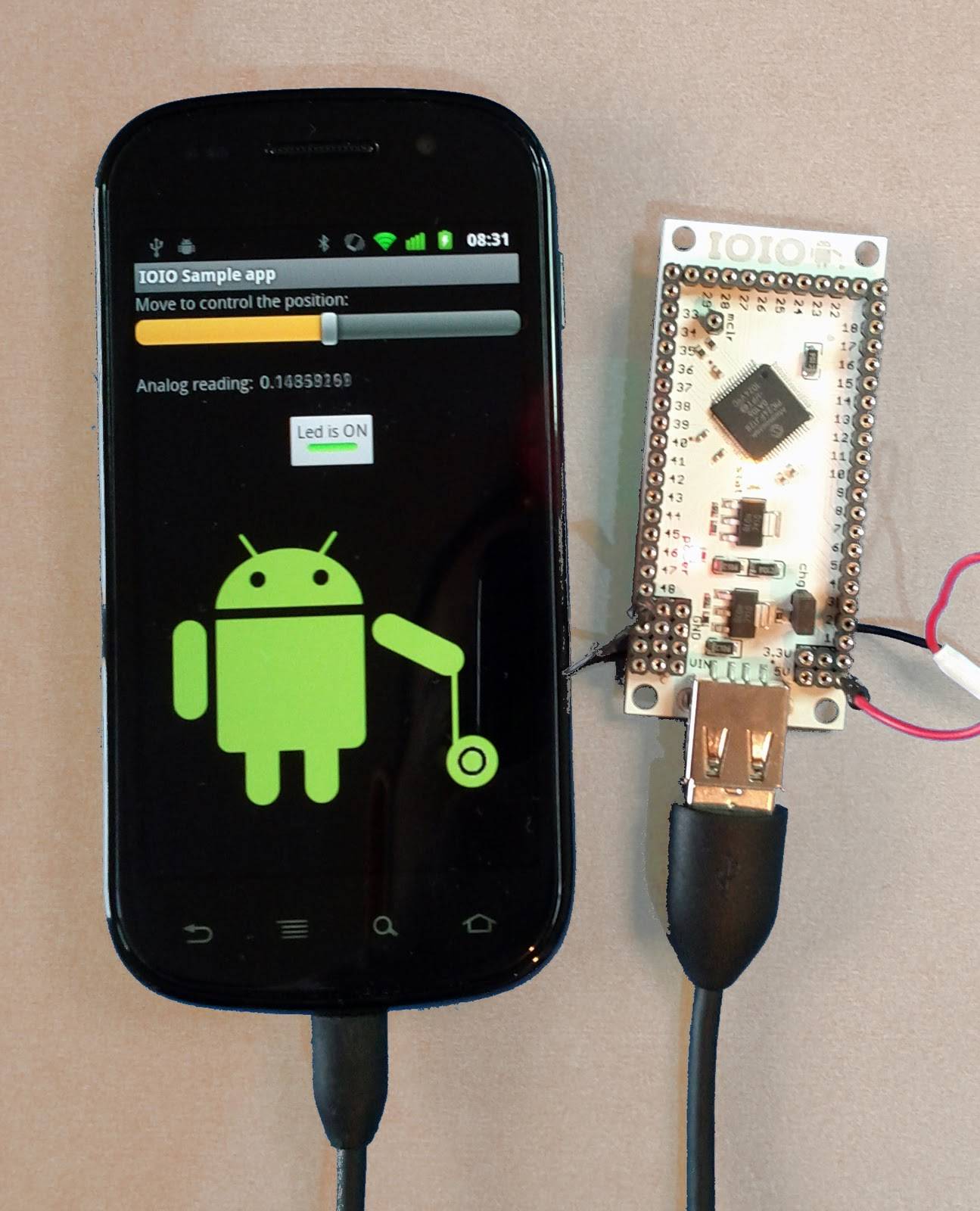 We mentioned SparkFun’s brilliant new IOIO for Android earlier this week, a USB I/O breakout board for Android smartphones which turns your handset into a super-Arduino of sorts. Now the brains behind the board, Ytai, has spilled the beans on the project, including some sample code and a handful of ideas that you can use IOIO to create.

For instance, there’s the Retroid, a smart alarm clock which can be told to make different ringing patterns and show various LEDs depending on incoming calls, messages and other events on the handset. Or the Visual Charger, a huge multi-segment LED power indicator which gives an at-a-glance idea of what percentage the smartphone’s battery is at.

We prefer the Wall Printer, though, which uses seven Sharpie-style market pens hooked up to servos for an old-school printer effect controlled by an Android phone. Definitely worth considering if you’re into Android and electronics; you can pre-order the IOIO for Android here, for $49.95.