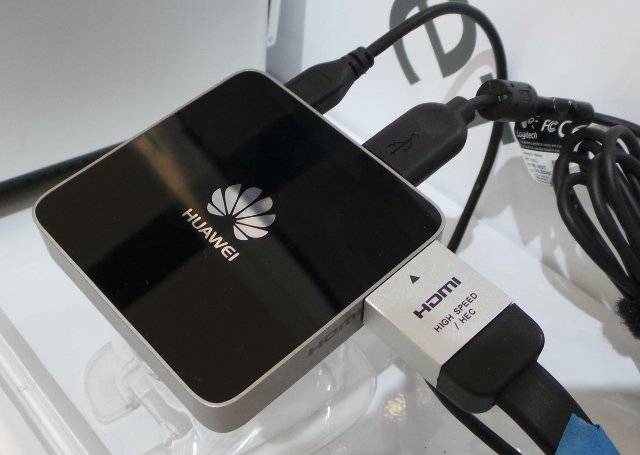 Huawei unveiled the Ascend D2 smartphone during CES and we are expecting the Ascend P2 to arrive during Mobile World Congress. But lets put the smartphones aside for a moment though, because it looks as if Huawei also has plans to release a set-top media player with Android. The box is the MediaQ M310 and details have recently surfaced by way of CNX-Soft.

In addition to the M310, there is also talk of a higher-end version, the M810. So far we have yet to see anything firm that suggests a price point or a release date. Unconfirmed reports have suggested that the MediaQ M310 will debut in a few months and be priced somewhere around $80. Nothing so far in terms of pricing for the M810.

Moving over to the specs for these devices, the talk is that they will be powered by a HiSilicon K3V2 ARM Cortex-A9 quad-core processor. They will both be running Android, however which version remains the million dollar question here. Other specs for the MediaQ M310 include 1GB of RAM, 4GB of internal storage, microSD card slot, Wi-Fi 802.11n, Bluetooth 4.0, HDMI (in and out), a pair of USB 2.0 ports, SPDIF audio and a 3.5mm head phone jack.

The graphics will be Vivante GC4000 with support for 1080p. Moving over to the M810 and the spec bumps on this one look to include 2GB of RAM, 8GB of internal storage and Ethernet connectivity in addition to the Wi-Fi. The M810 will also include two empty hard disk drive bays and TV tuner. All said and done, assuming the price points arrive as expected, these could be interesting devices.