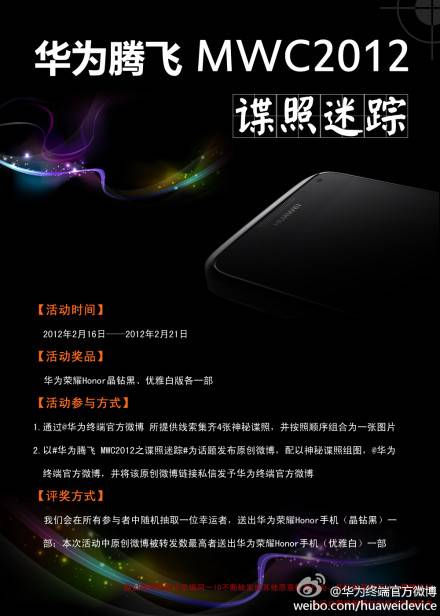 We’ve known that Huawei had something special planned for Mobile World Congress, and this would appear to be it. The first entry in Huawei’s Diamond line is the Ascend D1 Q, and TechOrz.com got their hands on some leaked press shots prior to Huawei’s conference. The renders show a typical high-end Android phone that’s clearly of the large screen variety – probably with a 4.3-inch or larger display. The device’s red-on-black color scheme is reminiscent of the HTC Rezound, though the shape looks more like a Galaxy-class smartphone.

What you can’t see from the PR renders is an Nvidia Tegra 3 quad-core CPU hiding inside, though that’s certainly expected to be revealed along with the D1 Q at Mobile World Congress. The chip is where the Ascend gets its “Q” designation. That would put the Huawei flagship right up there with HTC’s One X (Edge) as far as performance goes. Sonce the Chinese OEM is already making strides in Ice Cream Sandwich support, expect the Ascend D1 Q to launch with Android 4.0 in the company’s mostly unmodified fashion.

We’ve been expecting at least two “Diamond” phones from Huawei at MWC, but the D1 Q’s surruptitios brother is so far a no-show. Also anticipated is a ten-inch version of Huawei’s MediaPad tablet, probably with hardware and software upgrades to match its bigger screen. Naturally pricing and availability is nil, but considering the relatively fast launch of the Ascend P1, a release before summer and a competitive price tag are likely.

Android Community will be on hand at Mobile World Congress next week – check our MWC 2012 portal for all the news.