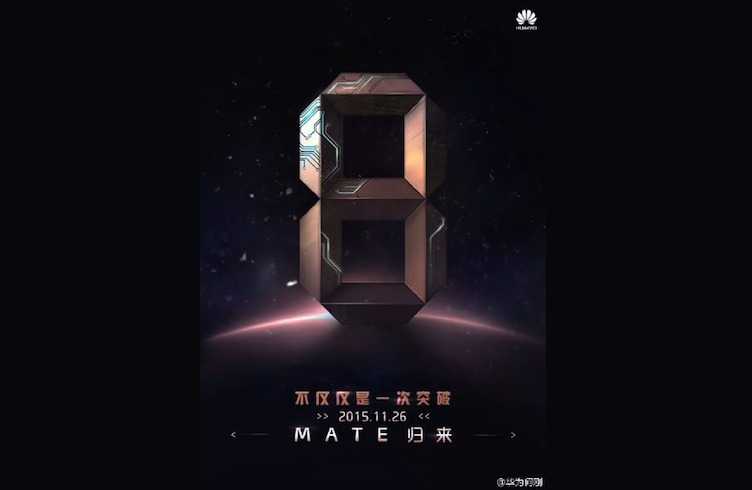 Huawei finally sent out a teaser for the next Mate. Not much details have been shared yet but the Chinese phone maker who is currently king in the Chinese mobile market hinted that a new device will launch this coming November 26. It looks like that we’ll finally see the Ascend Mate that’s been teased since May. We expected this to be introduced at the IFA event in Berlin last September but nothing. Huawei unveiled not a new Mate but the premium full metal body Huawei G8 smartphone.

It’s coming soon. No doubt that a Huawei phone bearing a ‘Mate 8’ in its name will arrive. This teaser shared on Weibo was backed up by images of GFXBench results and another leaked image. 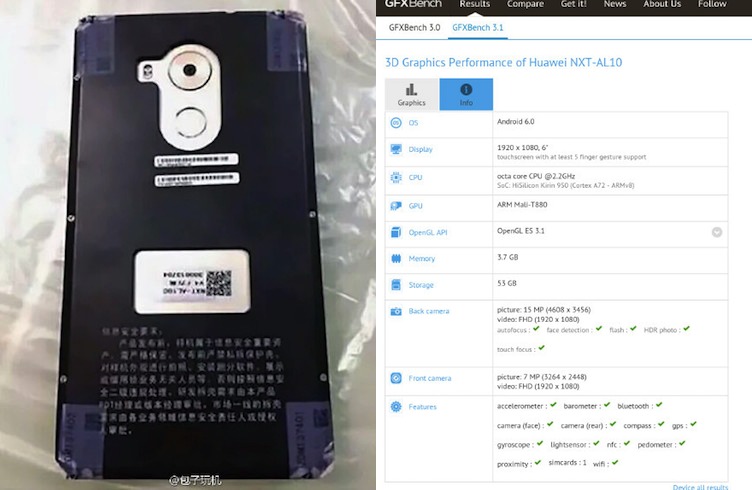 Based on the GFXBench 3.1 listing, the Huawei Mate 8 will be equipped with a 6.0-inch screen with 1920 x 1080 pixel resolution, 5-finger gesture support, 2.2GHz octal core CPU HiSilicon Kirin 950 (Cortex A72- ARM v8), ARM Mali-T880 GPU, 4GB RAM, 64GB internal storage, 15MP rear camera, 7MP front-facing shooter, and 4K video recording capability. No mention of battery size or how long it can last but it will already run Android 6.0 Marshmallow out of the box.

The last Ascend Mate 7 was announced September last year at the IFA that’s why we expected the next model would be revealed at the same event this year. It was even followed up by two more variants, the Huawei Ascend Mate 7 Mini and the Mate 7S albeit only as rumors.

Now that this Mate 8 is about to be announced, we’re thinking that Huawei is better at hiding things compared to other companies. We’ve been led a number of times already, thinking that model X will be revealed in an event but it would always turn out to be another model. We hope this Mate 8 will really be the Huawei Ascend Mate 8 we’ve been waiting for. Looks like it’s final now or wait, is this a fan-made render? Naaah…